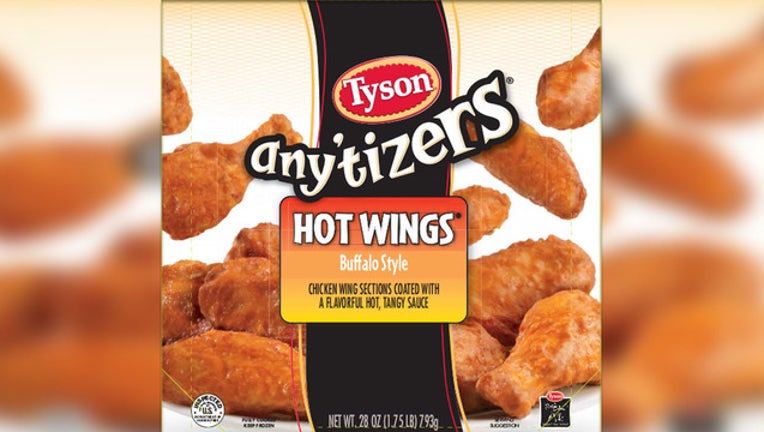 NEW YORK (AP) — Tyson Foods Inc. is recalling more than 52,000 pounds of chicken wings after customers complained that they had a bad odor.

The U.S. Department of Agriculture also says that some customers reported falling ill after eating the wings.

The recall is for its 28-ounce bags of fully-cooked Tyson Any'tizers Hot Wings prepared last month in a Buffalo style coated with a tangy sauce. The bags have "Best If Used By" dates of Oct. 24, 2016 and Oct. 25, 2016. They were sold nationwide.

The USDA says customers should throw out the recalled products or bring it back to where it was purchased.