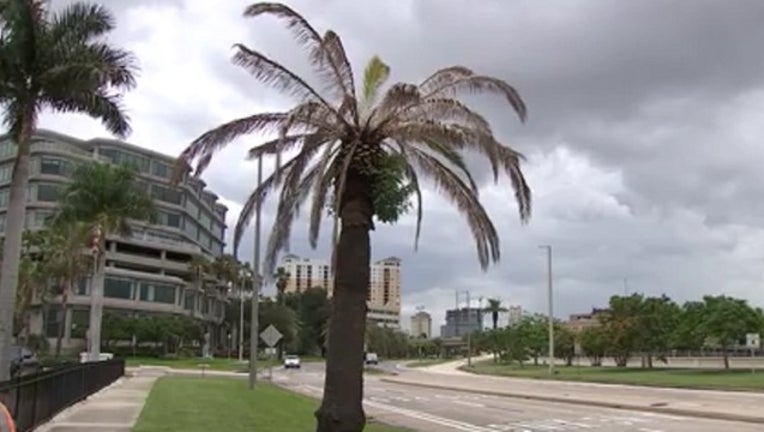 ORLANDO, Fla. (FOX 35 ORLANDO) - Palm trees are as much a Florida symbol as alligators and oranges, and they're tough withstanding 130 mile per hour winds during a hurricane. But now all it takes is a tiny bacteria to bring them down.

"The decline is going to be much quicker with this disease, spreading from the bottom to the top," said Roi Levin, with Environmental Pest & Lawn Services.
Insects, called leaf-hoppers or plant-hoppers, carry the bacteria - called phytoplasma - that causes a tree disease called lethal bronzing. The first case was found in Tampa, and since then it's been spreading across the state.

"It's a bacterial disease called a phytoplasma that kills the palm anywhere from a month to four months after it's infected," Levin said.

It takes a DNA test to know for sure that's what the problem is. Once its diagnosed there's two options: cut it down or call the doctor. Like when a human or animal gets sick, a tree can also take medicine. This gets injected into the tree every three months to stave-off the effects of the lethal bronzing.

Those shots cost anywhere from $50 to $100 dollars. Levin says phoenix palms, queen palms and sabal palms, all seem vulnerable to the disease, but there's a lot that researchers still don't know about it.