Two teens, ages 16 and 19, were killed Tuesday morning after a party bus they were riding in was riddled with bullets. Authorities say at least 70 rounds were fired at the bus.

OAKLAND, Calif. - What was supposed to be a celebratory event turned deadly early Tuesday morning when multiple people were shot on a party bus traveling along a highway in Oakland.

The Alameda County Coroner's Office said two victims were killed, but would not immediately identify the victims.

However, family members identified the two victims who were killed as 19-year-old Alayasia Thurston of Stockton and 16-year-old Zoey Hughes of Modesto. 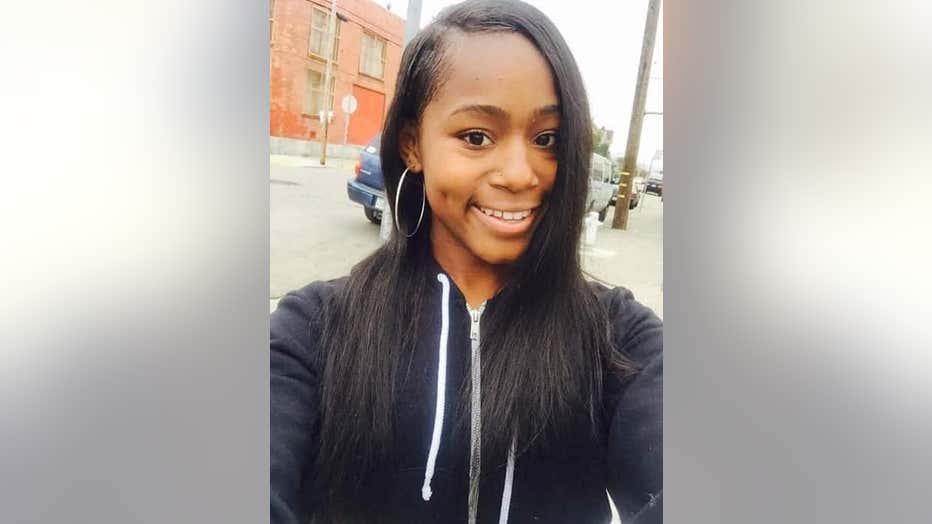 One of the victims killed in a party bus shooting in Oakland was identified by a relative as Alayasia Thurston, 19, of Stockton. The Modesto Bee reported that the other victim who was killed was 16-year-old Zoey Hughes of Modesto.

The victims were on a bus for a 21st birthday celebration when someone shot at them at approximately 12:30 a.m. on Interstate 580 near the MacArthur Boulevard exit, according to a photographer who spoke to relatives of the victims.

At least one shooter in another car began shooting at the bus on the freeway and then followed the bus on city streets, authorities said. A second shooting took place near 68th Avenue and Foothill Boulevard, the California Highway Patrol said.

Family members identified Alayasia Thurston, 19, of Stockton and Zoey Hughes, 16, of Modesto as the two teenagers killed on an Oakland party bus when shooters from another vehicle opened fire early Tuesday morning.

Ambulances were seen taking several victims from the Eastmont Police Station to Highland Hospital for treatment.

The bullet-ridden bus ended up at the station too. Several of its windows were also blown out.

At a news conference Tuesday morning, CHP Officer Edgar Vega said the shooting does not appear to be random.

CHP Officer Art Montiel also said that "everything was under investigation," including any suspect description or where the bus had been coming from or going to.

"We cannot provide you anything that is not factual," Montiel said. 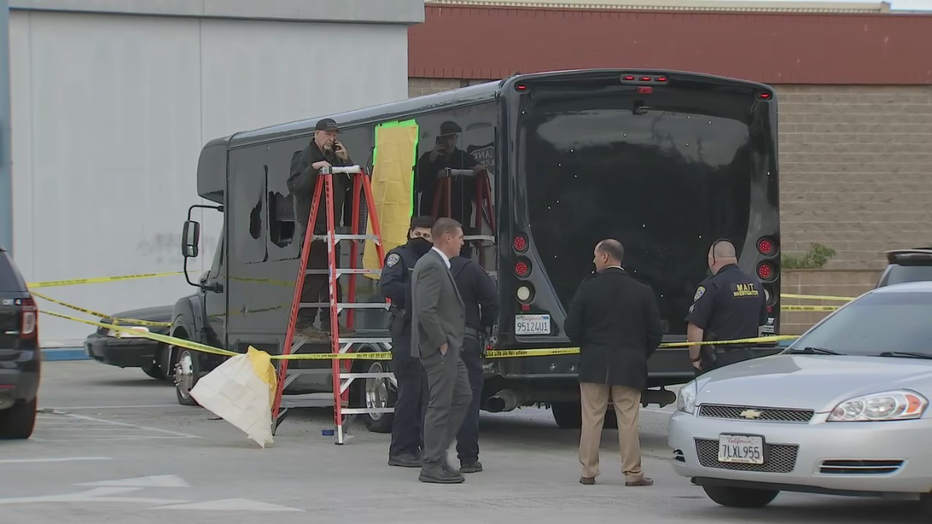 As many as seven people were wounded, with one of them suffering critical injuries, according to information on the Citizen app.

According to Bay Area News Group journalist Dylan Bouscher, a father said his daughter was shot in the leg but is in stable condition. His other daughter was on the bus when the shooting happened, according to Bouscher.

A vigil for Hughes was held in Modesto Tuesday evening.

The Modesto Bee reported that Hughe's mother received a call at about 4 a.m. saying her daughter had been shot and was in critical condition.

This shooting comes after Oakland marked its 50th and 51st homicides over the weekend when two 17-year-old boys were shot and killed.

An investigation is underway into a shooting at a party bus in East Oakland, with multiple victims. James Torrez reports 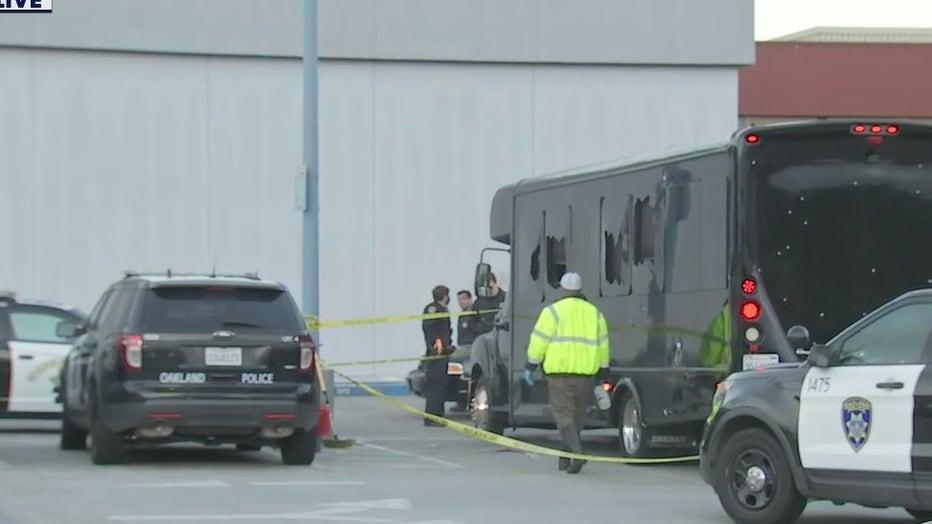 There were multiple victims on a party bus in Oakland when gunfire rang out from the freeway. May 18, 2021 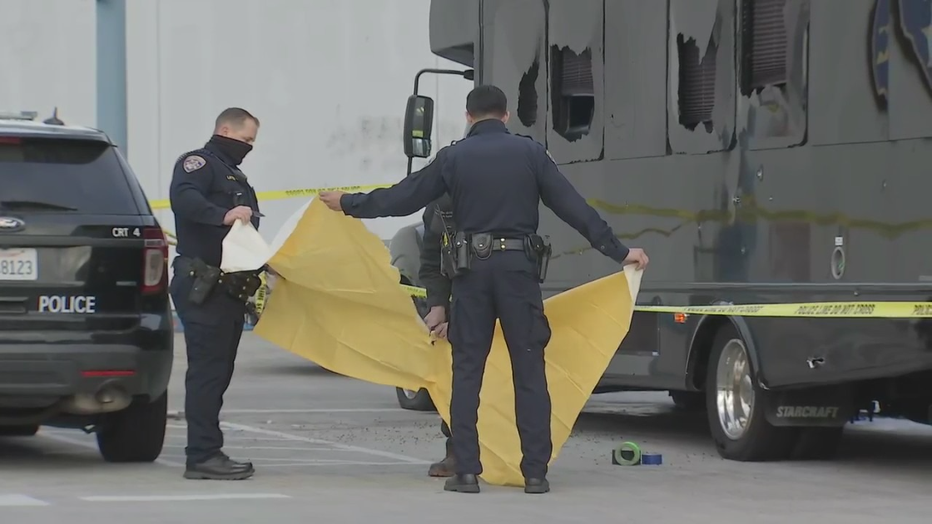 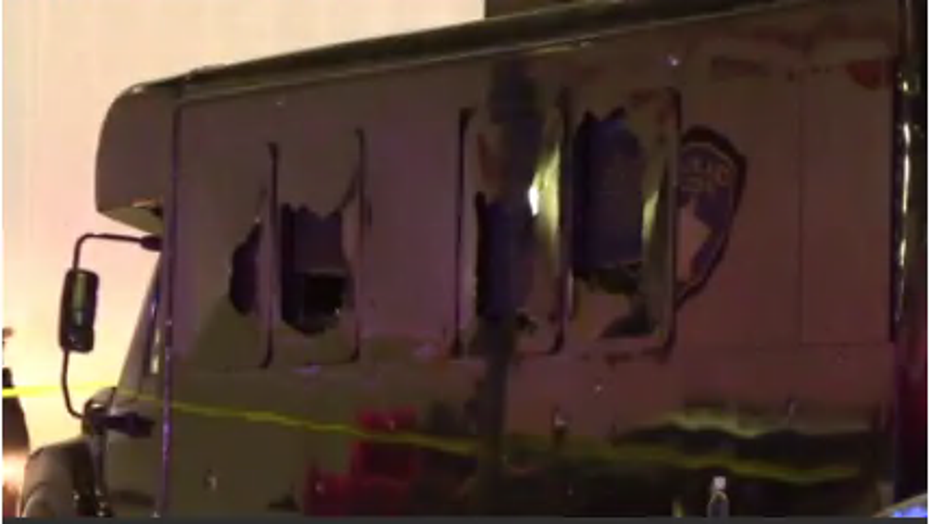 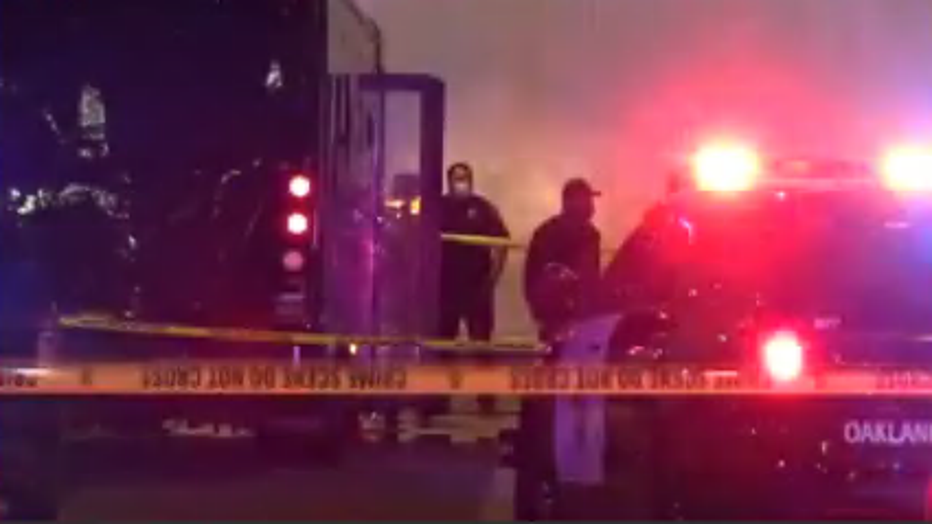 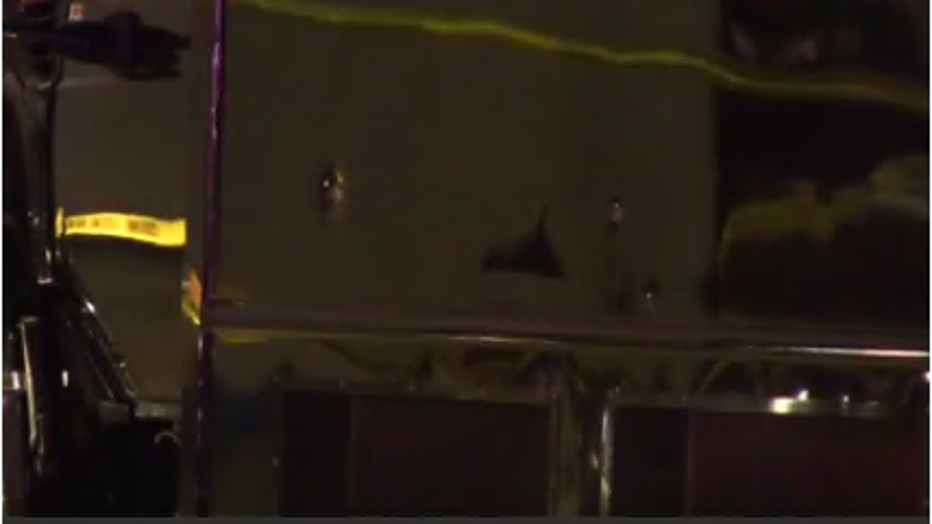 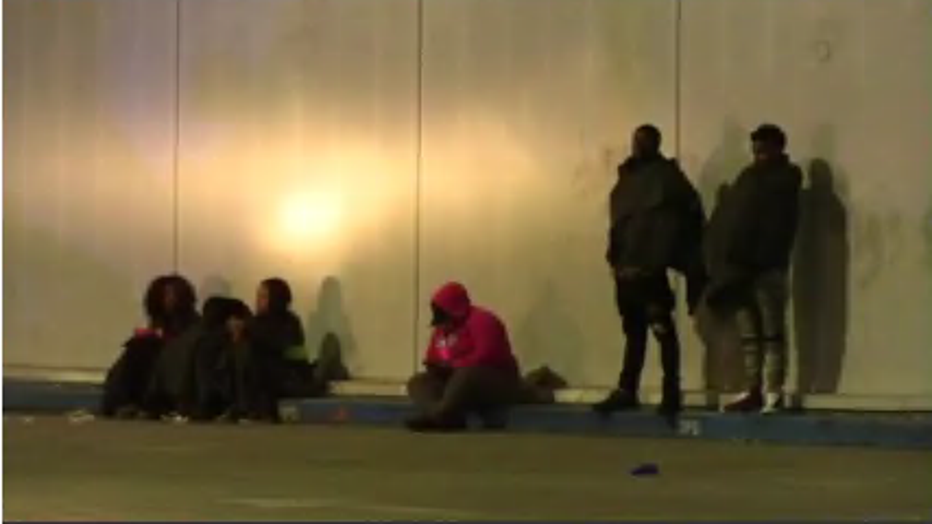