'Two people are down!': 911 call after Florida mother killed, daughter injured after being struck by lightning

Officials have released the 911 calls made after lightning struck a Central Florida mother and her young daughter in Winter Springs. The mother was killed.

WINTER SPRINGS, Fla. - New 911 calls have been released after lightning struck a mother, her young daughter and their family dog at a Winter Springs park this week. Tragically, the mother was killed.

Police said Nicole Tedesco died Thursday night. Her daughter, 10-year-old Ava Tedesco, was transported to Arnold Palmer Hospital, where she has since been treated and released. The family's dog was also struck by lightning and survived.

Tedesco was waiting outside for school dismissal with her two daughters when a storm rolled in. Officials say lightning struck a tree that the family was standing near.

"We got a lightning strike. I actually felt it. Two people are down," one 911 caller said.

"We had a lightning strike at Trotwood Park! We have some children down on the ground!" another panicked caller told dispatch. 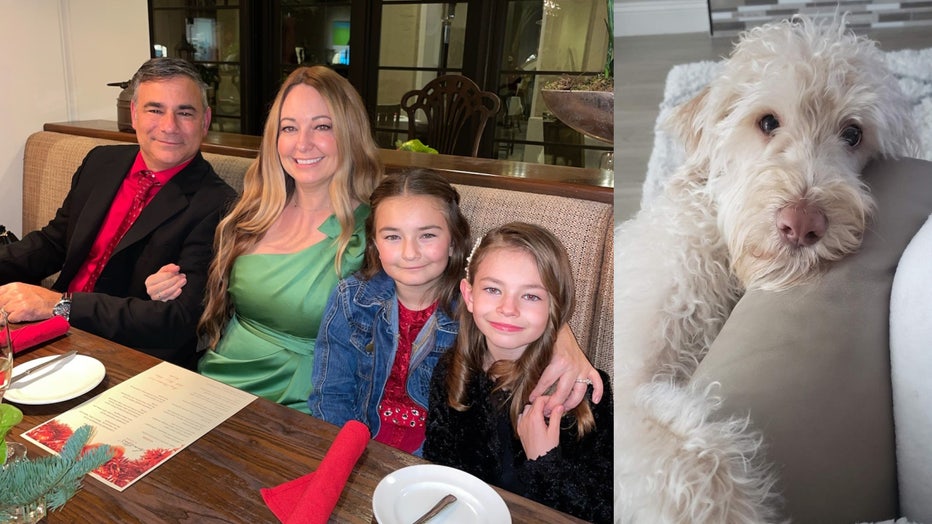 Nicole Tedesco passed away. Her daughter Ava was taken to the hospital but has since been released and is recovering at home. Another woman was also injured from the lightning strike.

The woman's husband, Andrew Tedesco, is a police officer at Orlando Sanford International Airport. The airport created a GoFundMe account to help the officer in raising his two daughters.

Meanwhile, the community is coming together to show the family their love, creating a makeshift memorial at Trotwood Park.