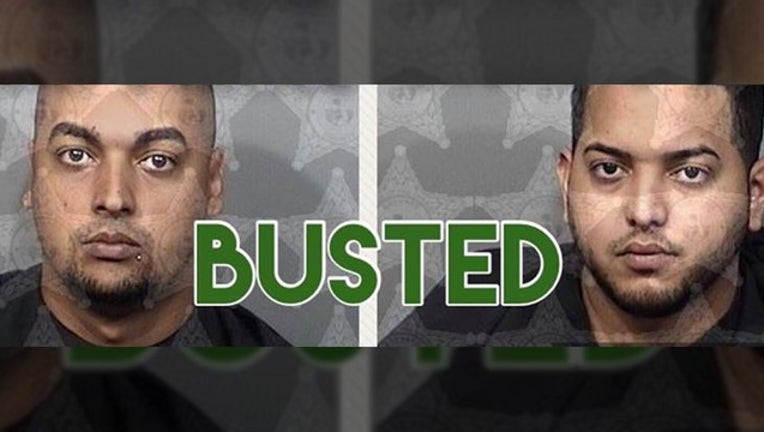 The Brevard County Sheriff's Office said that they arrested 28-year-old Osmail Perez and 22-year-old Luis Galup of Orlando for using fraudulent credit cards to steal hundreds of gallons of fuel.

The arrest occurred after deputies said that they observed the pair in separate vehicles, pumping a large amount of fuel at two different gas stations.

Deputies detained both the drivers and vehicle and discovered that each of the vehicles contained unlawful fuel bladders that were concealed in the vehicles.

The Sheriff's Office said that this investigation is ongoing with additional charges pending for the possession and criminal use of another person’s personal information.