The policy shift quieted Trump, the brash billionaire who has roiled the GOP field, for long stretches during the debate that stretched past three hours and it appeared to come as a relief to other candidates who have struggled to break through.

Carly Fiorina, the only woman in the GOP field, was one of the main benefactors, launching an emotional plea for defunding Planned Parenthood, touting her experience in business and taking aim at Trump for derogatory comments he made about her appearance. Former Florida Gov. Jeb Bush, who came into the debate facing questions about whether he had the grit to take on Trump, also engaged directly with the real estate mogul while still trying to fulfill his promise to run a joyful campaign.

In one exchange that typified the broader battle within the Republican Party, Bush and Trump clashed over the influence of big-money donors who have helped the former governor raise more than $100 million. Trump, who is largely financing his own campaign, said of campaign contributors: "I understand the game, I've been on the other side my entire life and they have a lot of control over our politicians."

At another point, Bush pressed Trump to apologize for comments he has made about Bush's Mexican-born wife. Trump refused and called Bush "weak on immigration."

As the contest lasted deep into the night, the candidates were polled on such matters as their choices for a woman to be depicted on the $10 bill and what their Secret Service code names would be if elected president. Bush drew the biggest applause when he picked "Eveready," then turned to Trump to note it was a "high-energy" name — a nod to Trump's criticism of Bush as a low-energy candidate. They smiled and slapped hands at that.

Trump's unexpected rise and surprising durability is seen as a reflection of voters' frustration with Washington and career politicians. As the son and brother of presidents, Bush more than any other candidate is seen as a representative of the status quo.

Fiorina, the former Hewlett-Packard executive, is also seeking to capitalize on her outsider status. She was making her first appearance on the main debate stage after a standout performance in an undercard event last months.

Fiorina emphasized how their business backgrounds would help them negotiate with difficult world leaders, including Russia's president.

"Vladimir Putin would get the message," she said.

A third outsider — soft-spoken retired neurosurgeon Ben Carson — entered the debate with high expectations after a recent rise in the polls that determine debate participation. But he largely faded to the background on the crowded debate stage.

Even in a lengthy debate, the 11-candidate field limited the amount of time each participant had to make his case to the American people.

Florida Sen. Marco Rubio sought to take advantage of his moments, reminding voters about his compelling personal story, including his parents' move to the U.S. from Cuba. He also argued he was most qualified to be commander in chief in a turbulent world.

New Jersey Gov. Chris Christie also tried to capitalize on his limited time, saying that while he was entertained by Trump and Fiorina trying to one-up each other's business records, "for the 55-year-old construction worker out in that audience tonight who doesn't have a job, who can't fund his child's education — I gotta tell you the truth — they could care less about your careers."

Perhaps more than any other candidate, Wisconsin Gov. Scott Walker entered the debate needing a breakout performance. He spoke vigorously about his conservative record as governor but still struggled for attention.

On foreign policy, the candidates were split on whether they would tear up President Barack Obama's nuclear accord if elected. Texas Sen. Ted Cruz argued for walking away from the deal, despite the fact that it was negotiated alongside allies. Ohio Gov. John Kasich took a measured approach, saying anyone who wants to rip up the deal isn't prepared to be president.

In an exchange on gay marriage and religious liberty, former Arkansas Gov. Mike Huckabee argued forcefully for the right of Kentucky county clerk Kim Davis to defy the Supreme Court's decision legalizing gay marriage. "I thought that everyone here passed ninth grade civics. The courts can't legislate," he said. "I thought we had three branches of government."

Still, Huckabee declined to criticize Bush for saying Davis did not have the right to deny gays marriage licenses. Bush said he supports defending the rights of religious people to refuse to endorse gay marriage, but he said someone else in Davis' office should sign the certificates since the Supreme Court ruling is the law of the land.

"I think there needs to be accommodation for someone acting on their faith," he said.

The lengthy debate also veered into discussions on climate change, drug policy and childhood vaccinations. The last resulted in a respectful dispute between Carson, a doctor who cited studies showing no link between vaccines and autism, and Trump, who predicted lower rates of autism if there were "smaller doses over a longer period of time."

Even as Trump faded somewhat in the policy discussions, he was hardly invisible. He praised himself while deriding and scoring his rivals in the opening minutes of the debate at the Regan Presidential Library in southern California.

Standing at center stage, Trump said he had a "phenomenal temperament" and a record in business that would help him on the world stage. With his signature brashness, he immediately took on his rivals, saying Kentucky Sen. Rand Paul, a vigorous critic, didn't deserve to be on the crowded debate stage.

Trump has become increasingly critical of Fiorina as her standing has risen and he was quoted in a recent interview making derogatory comments about her looks, though he later denied he was referring to her appearance. 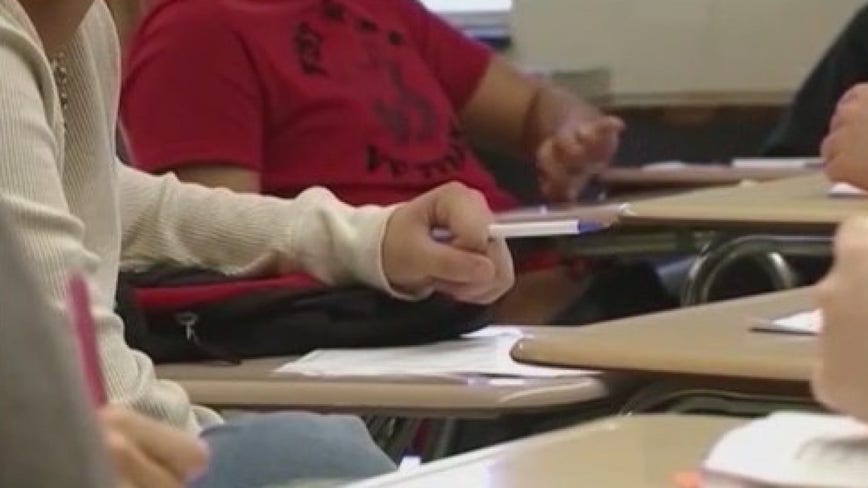 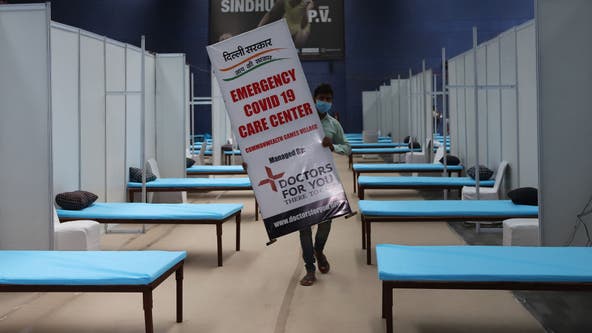 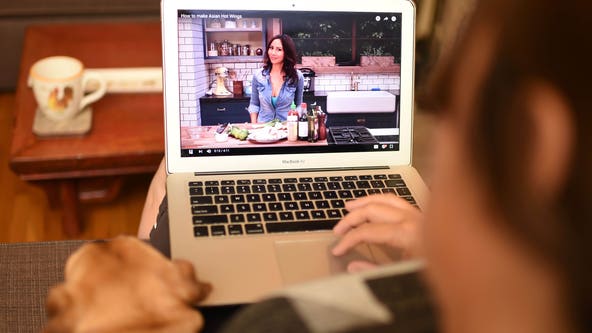