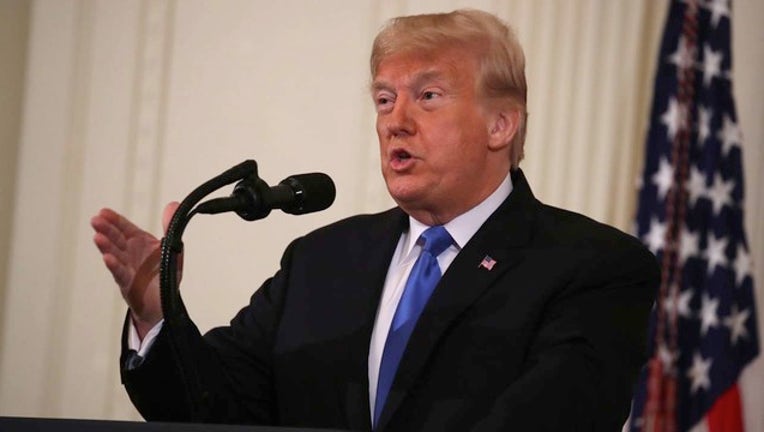 President Trump gives remarks a day after the midterm elections on November 7, 2018 in Washington, DC. Republicans kept the Senate majority but lost control of the House to the Democrats. (Photo by Mark Wilson/Getty Images)

(AP) - President Donald Trump is warning House Democrats about spending the remaining years of his presidency investigating him and the administration.

Trump said at a post-election news conference Wednesday that Democrats and Republicans should set aside partisanship to work together for the American people.

Democrats won back control of the House. Many have threatened to use the subpoena power they will gain in January to investigate Trump and administration actions.

Trump says he's been hearing about investigations since he began running for president and refers to it as "investigation fatigue."

He says he will respond in kind if House Democrats flood his administration with subpoenas and government will come to a halt.

Trump adds that Democrats have "nothing, zero" on him.