Tropical Storm Danielle has formed in the Atlantic and is expected to become our first hurricane of the 2022 Atlantic hurricane season.

ORLANDO, Fla. - Tropical Storm Danielle has formed in the Atlantic and is expected to become our first hurricane of the 2022 Atlantic hurricane season.

Danielle is moving toward the east near 2 mph. The tropical storm is expected to meander during the next few days. Maximum sustained winds have increased to near 40 mph with higher gusts.

"Strengthening is forecast during the next few days, and Danielle is expected to become a hurricane in two days or so," the National Hurricane Center said.

Longer term, as we get into the weekend, the system is forecast to strengthen into a CAT 1 hurricane, but is not expected to be a threat to Florida. 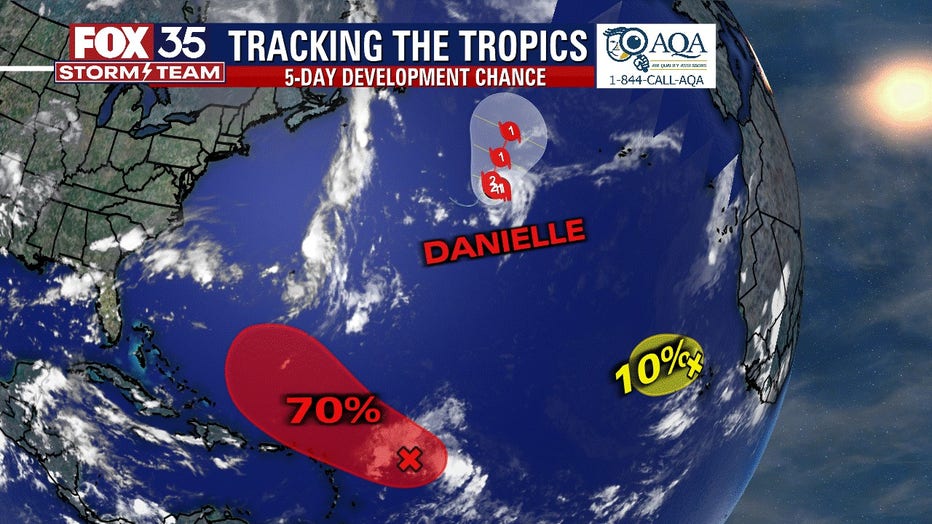 Meanwhile, forecasters are continuing to watch a couple of other systems brewing in the Atlantic.

A tropical wave located several hundred miles east of the Leeward Islands has gradually increased in organization over the past day or so. Although environmental conditions remain only marginally conducive, any additional development of the system over the next few days would lead to the formation of a tropical depression. As of Thursday morning, it has an 80-percent chance of developing over the next five days. 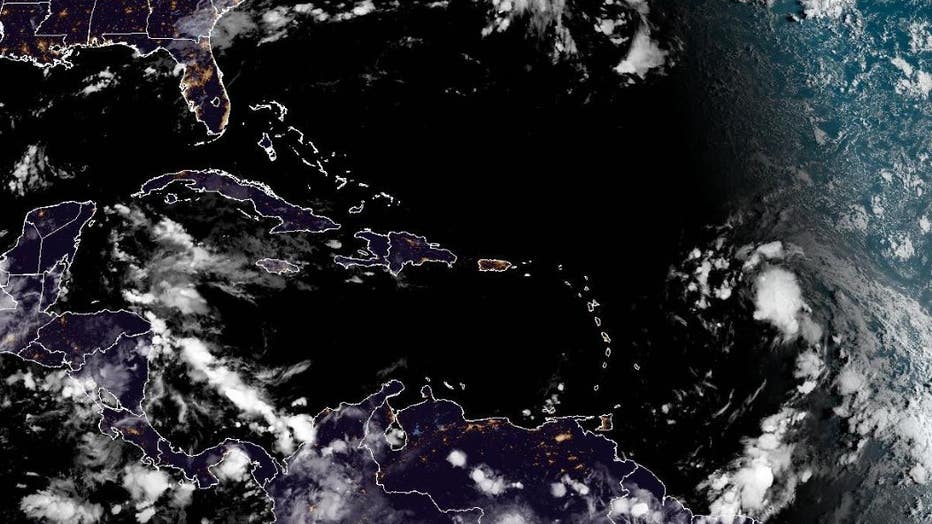 Another area of lower pressure is located over and to the north of the Cabo Verde Islands.  While surface observations indicate pressures are low in this area, the associated shower activity is currently poorly organized. There is still a potential for the system to become a short-lived tropical depression within the next day or so. The chance of development over the next five days is at 10%.