ORLANDO, Fla. - Sunday 8 pm tropical update: A tropical depression is likely to form within the next several days.

The National Hurricane Center continues to track a tropical wave that could strengthen into a tropical depression next week.

Forecasters say the system is located over the central tropical Atlantic Ocean.

"Environmental conditions appear conducive for further development, and a tropical depression is likely to form during the early to the middle part of this week," the NHC said Sunday. 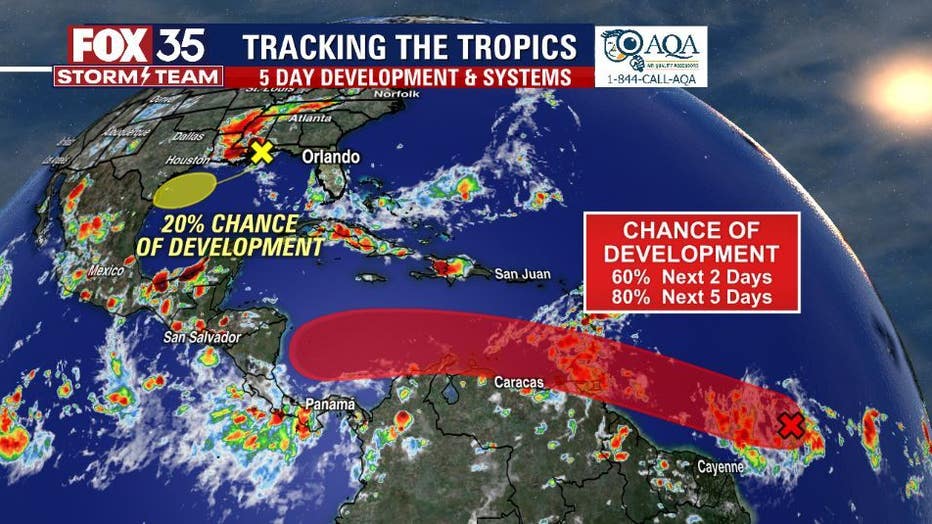 This system is forecast to move westward at 15 to 20 mph over the tropical Atlantic, approaching the Windward Islands on Tuesday, and move into the southeastern Caribbean Sea on Wednesday and Thursday, according to the NHC. Chances of development are at 60 percent over the next two days and 80 percent over the next five days. 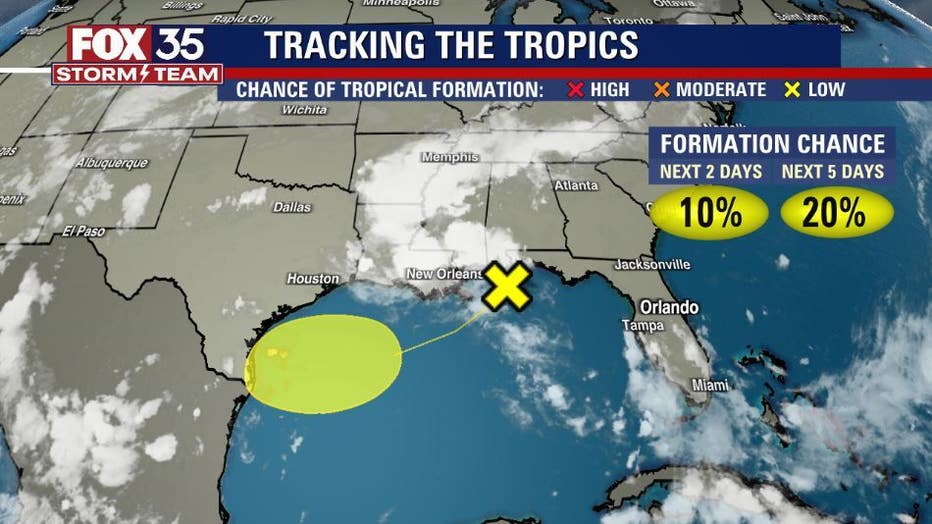 If the system does develop into a tropical storm, it would be Bonnie, our second named storm of the 2022 Atlantic hurricane season.

Meanwhile, an area of low pressure could form early next week over the northern Gulf of Mexico.  It currently has a 20-percent chance of development over the next five days. 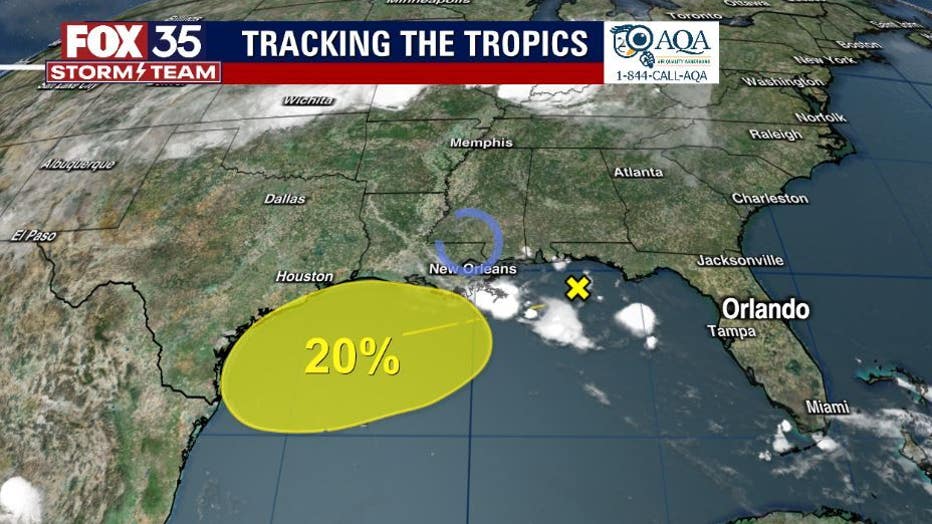 The FOX 35 Storm Team will be tracking the tropics and bringing you any new developments throughout the hurricane season, which ends on Nov. 30.