A security guard saved a student from choking by performing the Heimlich maneuver at a high school cafeteria.

Harrowing video captured the moment a school security guard saved a student from choking by performing the Heimlich maneuver.

Suddenly, a student is seen standing up, quickly making his way over to Cooper, who appeared to immediately understand that the student was choking and proceeded to perform the Heimlich maneuver on him. 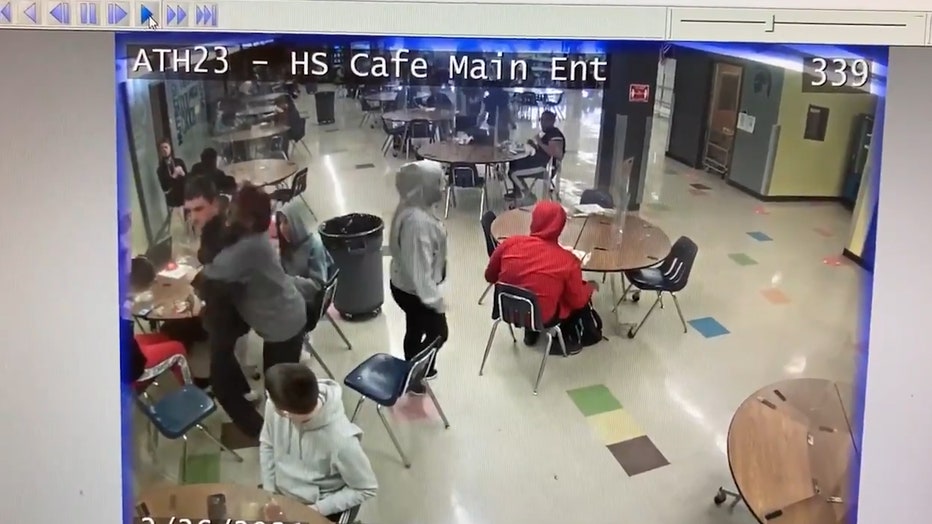 Cooper was able to dislodge a piece of peanut butter and jelly sandwich that the student had been eating that caused him to choke, according to local news media.

"Have you ever sat through training and wondered why you were there? Training pays off," Steve Chatterton, director of security at Greece Central Schools, wrote in a tweet.