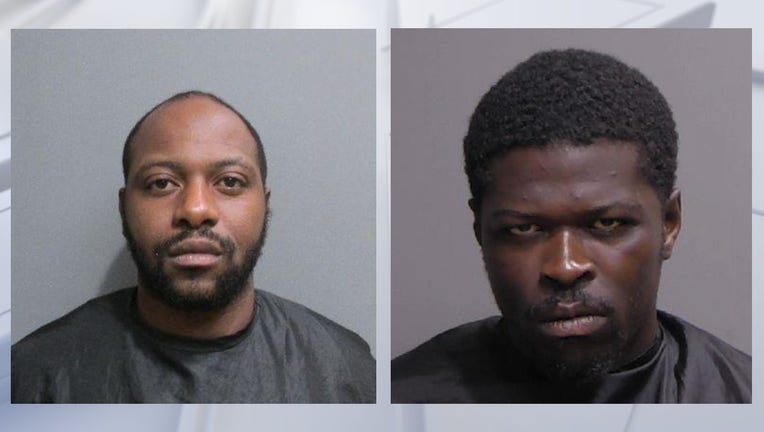 The traffic stop led to the arrests of Jordan Manning, 29, and Edward Sampson, 27 on drug charges.

Officials say the driver of the vehicle had the driver’s side window down and looked directly at the deputy and suddenly stopped the vehicle to avoid crossing the stop bar located at the intersection and then made a northbound turn onto South Anderson Street.

The deputy identified Manning to be associated with the vehicle. It was also discovered that Manning’s driver’s license was suspended and he was considered a habitual traffic violator since April 18, 2016.

It was also discovered that Manning had 13 suspensions on his driver’s license since 2012.

The responding deputy located the vehicle parked near the 300 block of South Church Street.

A traffic stop was eventually conducted near the intersection of Dr. Martin Luther King Boulevard and South State Street.

Deputies say Manning exited his vehicle and was placed under arrest for driving with a suspended license. A search of Manning revealed a cut piece of straw containing a powdery substance.

Sampson was also searched, according to deputies, and they found a green leafy substance, hashish oil and a fanny pack containing various narcotics.

Manning told deputies that the fanny pack did not belong to him and he had no idea that he had the straw containing residue on him. Officials said Sampson denied ownership of the fanny pack as well, saying he had nothing on him and that he’s been staying at a hotel and Manning was giving him a ride.

This is not Manning or Sampson’s first encounter with law enforcement.

Manning’s criminal history dates back to 2010 in Flagler County for multiple misdemeanor charges and prior felony charges for battery and violation of probation.

Both Manning and Sampson were arrested and transported to the Sheriff Perry Hall Inmate Detention Facility.

Manning was charged with possession of drug paraphernalia and driving with a suspended license. He’s being held on a $2,500 bond.