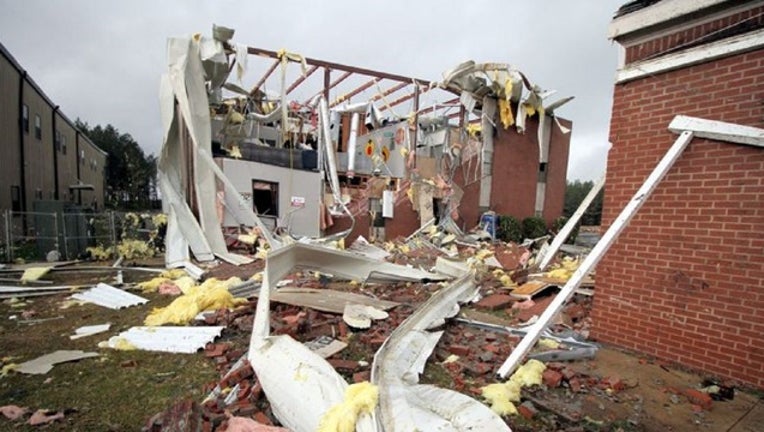 Four children at the daycare in DeKalb County were reported to be in critical condition after a tornado tore through the facility.

Jackson County Chief Deputy Rocky Harnen said the three killed were all in a mobile home in Rosalie in northeast Alabama. Another person in the home was critically injured.

Harnen also said early Wednesday that there have been a number of other injuries and estimated that 16 to 20 structures in Jackson County have been destroyed.