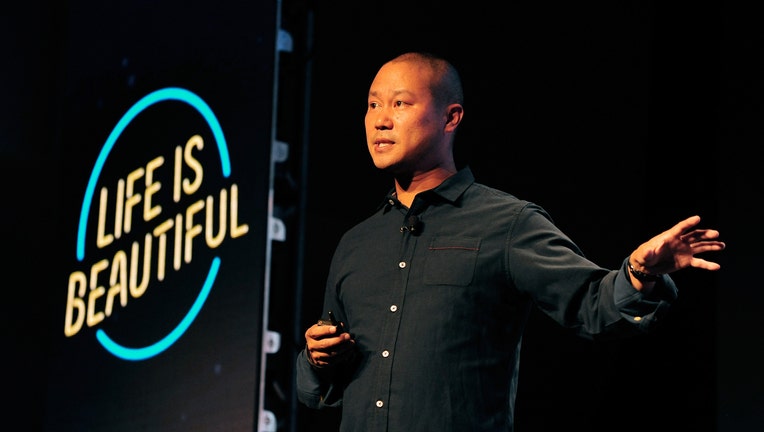 Tony Hsieh speaks at the Life is Beautiful festival in Las Vegas, Sept. 25, 2015. (Photo by FilmMagic via Getty Images)

The death on Friday of Hsieh, 46, was ruled an accident. He had been hospitalized following the Nov. 18 fire in New London, Connecticut.

The cause of the blaze was still under investigation. The New London police department said emergency workers arrived at the scene to find dark smoke coming out from the back of the house, and that Hsieh was in a storage area and couldn't get out.

Hsieh had led the Las Vegas-based Zappos for 20 years before retiring. The Harvard University graduate remained at the online retailer even after it was sold in 2009 to Amazon for $1.2 billion.