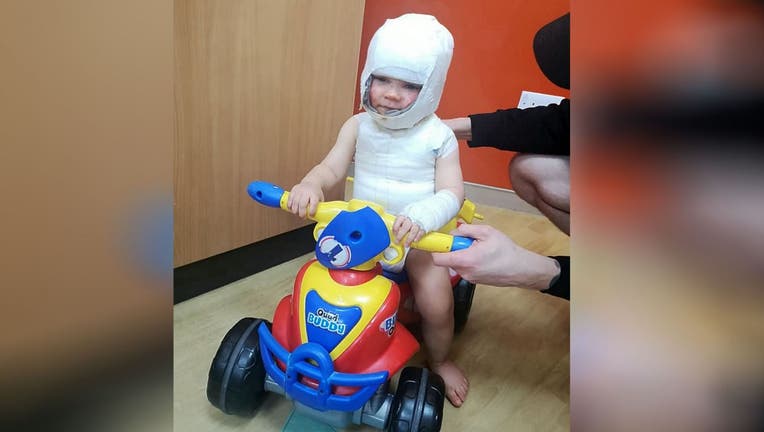 CANNOCK, England - A toddler is recovering after nearly dying earlier this year after he pulled a vegetable steamer over his head.

The accident left the youngster with serious burns to his face, neck, chest, hands, wrists and feet.  The 1-year-old had reportedly been playing with a spoon when it became caught in the steamer’s electric cord.

“I was right next to Dougie when it happened, and I tried to stop the steamer falling, but I just couldn't,” Nadia Hulse, of Cannock, England, explained to SWNS.

"I was sitting at the kitchen table with the phone propped up on video chat to my mum,” she continued,” showing her Dougie sitting on the floor playing with the saucepans when he suddenly reached up toward the steamer with his spoon.”

Apparently, his spoon became entangled in the appliance’s wire. As it tipped, Hulse says she lunged toward her child but wasn’t fast enough and Dougie was covered in “hot water and vegetables.” 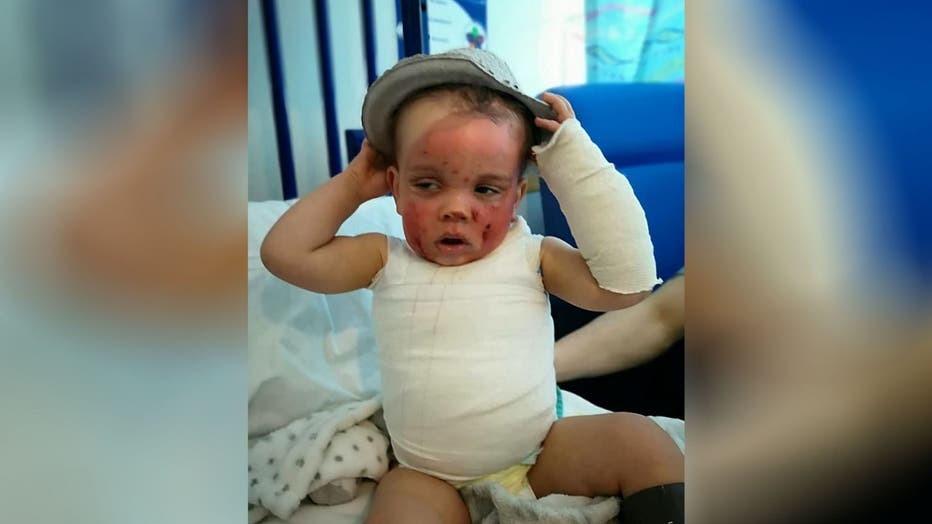 "I stripped Dougie and raced him upstairs into a cold bath but he was screaming hysterically, trying to climb out of the bath and onto me,” she explained. “I had to hold him down and keep putting cool water on him until the ambulance came, and as much as I wanted to pull him out and cuddle him, I knew he needed to stay in there so he wouldn't be in any more pain than he already was.”

At the hospital, Dougie was reportedly diagnosed with third-degree burns to his face, neck, chest, hands, wrists and feet. “My heart broke when the doctors explained that the burns turning white meant the nerve endings could be damaged and were, therefore, less likely to repair themselves so he could end up needing skin grafts,” Hulse said. 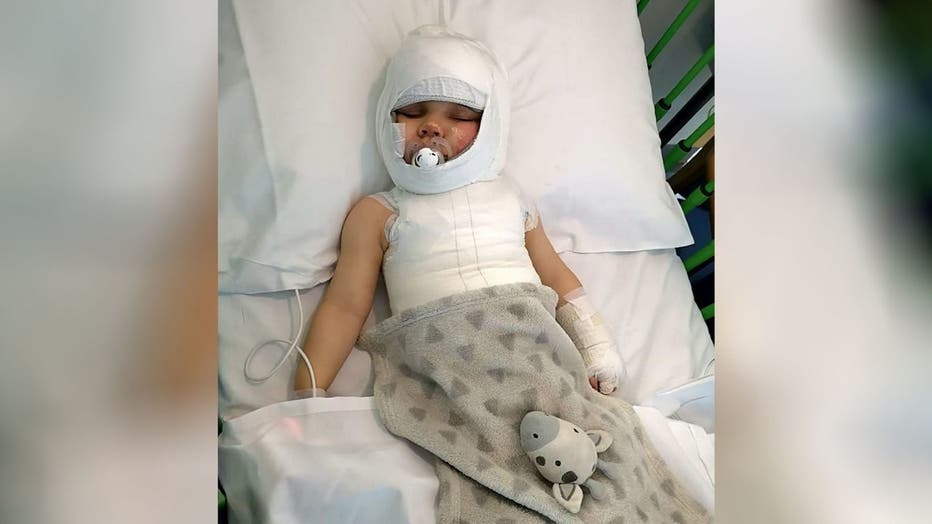 "I practically lived in the hospital with Dougie. I was so scared of losing him,” she continued.

After a week in the hospital, Dougie was sent home, but quickly returned to the doctor’s when he became ill. The toddler had reportedly developed Toxic Shock Syndrome, a potentially fatal condition caused by a bacterial infection.

After months of treatment and skin grafts, Dougie is reportedly doing much better. His mom says that he is back to being himself. He still has to wear a compression vest daily, however, to prevent “excess skin tissue growing and turning into a hypertrophic scar.”