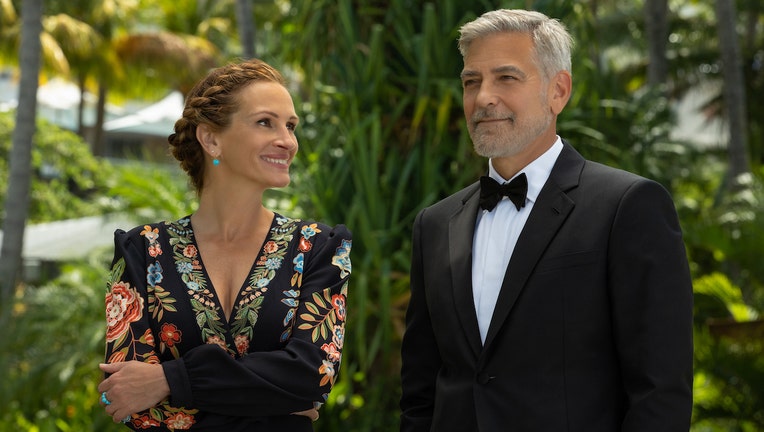 CHICAGO - Like Ginger Rogers dancing backwards in heels, the best romantic comedies make it all look effortless. Classics like Julia Roberts’ "Notting Hill" or George Clooney’s "One Fine Day" mix crackling chemistry with wistful romanticism to create funny, witty, fast-moving joyrides — all while disguising just how hard it is to heighten the experience of falling in love while still capturing some truth behind it too.

Sadly, it’s exactly that kind of easy effervescence that’s missing from Clooney and Roberts’ new romantic comedy "Ticket to Paradise." Sure, it’s fun to see two of America’s last great movie stars reunite onscreen. But when the movie around them is so awkward and effortful, their cinematic dance looks less elegant than just out of step.

About "Ticket to Paradise": Lovers to exes to lovers again

The trouble starts early, as "Ticket to Paradise" sets about establishing that David (Clooney) and Georgia Cotton (Roberts) are a former married couple who’ve since grown to despise each other — a hatred that’s magnified each time they’re thrown together by an event for their 20-something daughter Lily (Kaitlyn Dever).

It’s a classic "angry exes" rom-com set-up that dates all the way back to William Shakespeare’s "Much Ado About Nothing" and enjoyed a particular resurgence in the 1940s "comedies of remarriage" like "His Girl Friday" and "The Philadelphia Story"; movies where the main couple would divorce, date other people and then ultimately get back together. 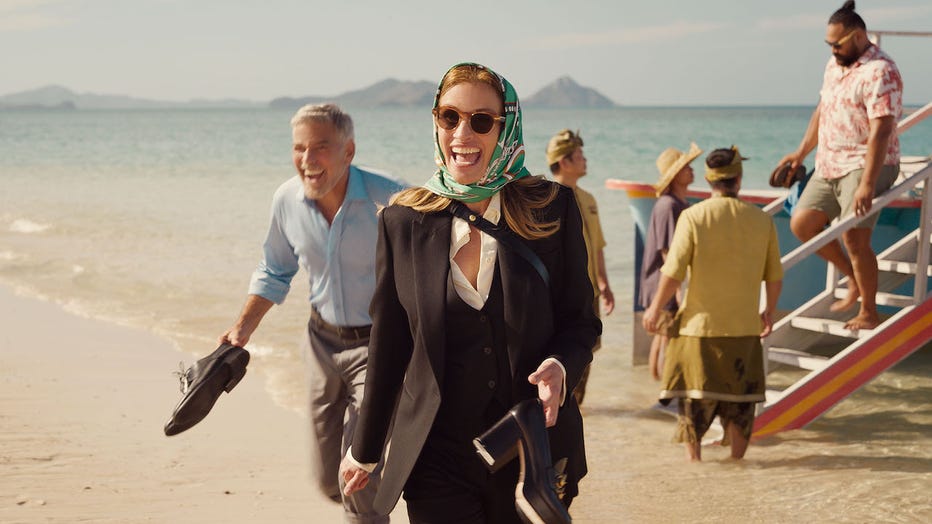 But where those earlier romances used clever, crackling wit to convey real emotional stakes, the opening act of "Ticket to Paradise" is just downright unpleasant. For one thing, Georgia and David aren’t a recently separated couple but a duo who were married for five years in their early 20s and have been apart far longer than they were ever together. In that context, their constant barbs feel less like a spark-filled reflection of lingering love (as they did in "Ocean’s Eleven") and more like the unhealthy coping mechanisms of two people who desperately need therapy.

WATCH FREE ON TUBI: The screwball comedy classic "His Girl Friday" — get the app

Why Georgia and David still hate each other so much is never particularly made clear because in place of character specificity, co-writer/director Ol Parker delivers convoluted plot set-up instead. What’s supposed to be a quick post-graduation trip to Bali for Lily transforms into a whole new life path when she falls for a local seaweed farmer named Gede (Maxime Bouttier) and impulsively decides to marry him — news she all but springs on her parents as she invites them out to Bali to attend her wedding just a few days before it’s going to happen. 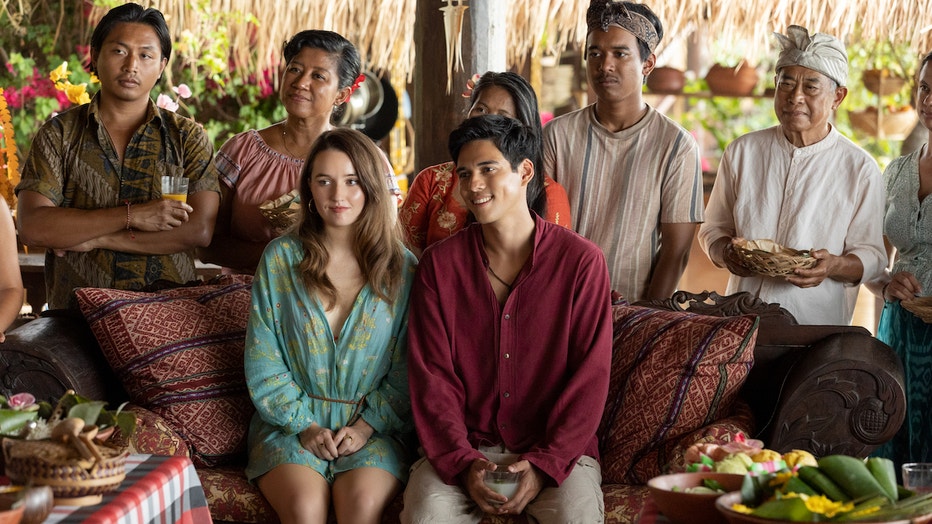 Lily and Gede’s rushed engagement is an underdeveloped plot contrivance of its own. (Visa issues, maybe? Some kind of hold-up about sex before marriage? "Ticket to Paradise" doesn’t take the trouble to clarify.) Regardless, David and Georgia are determined to stop their daughter from diving into the same kind of youthful marriage they did. Thus we get a "My Best Friend’s Wedding" sabotage plot in an "Eat Pray Love'" destination setting.

"Ticket to Paradise": A last resort

To its credit, the cultural politics of "Ticket to Paradise" are at least slightly (slightly) less problematic than those of Parker’s "Best Exotic Marigold Hotel" screenplays. (He also wrote and directed the glossily deranged "Mamma Mia! Here We Go Again," so love stories in hot climates are apparently his specialty.) "Ticket to Paradise" makes something of an earnest attempt to showcase Balinese culture and round out its supporting cast with Balinese actors. But the film can never shake its icky "travel somewhere ‘exotic’ to find yourself" undertones, a state of affairs not helped by listless comedic setpieces about short-tempered dolphins and poisonous snakes. 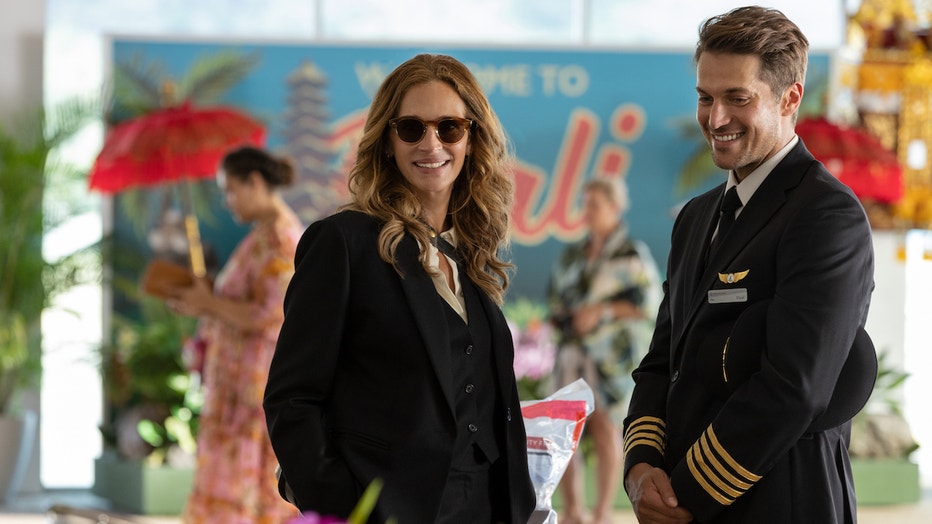 Indeed, maybe the biggest problem with "Ticket to Paradise" is that it’s just not very funny. For as charming as it is to see Roberts flash her megawatt smile as Clooney smirks and smolders, the movie coasts on its stars’ charisma rather than elevating their talents. Surprisingly enough, the most consistent laughs come from "Emily in Paris" star Lucas Bravo as Georgia’s younger French lover, who comes impressively close to stealing the film out from Roberts and Clooney.

WATCH FREE ON TUBI: The hidden gem 2019 wedding rom-com "Plus One" — get the app

The few times "Ticket to Paradise" does do right by its two stars are the brief moments it leans into wistful drama, like a late night bar scene where David admits that seeing your kid happy can be just as scary as seeing them sad; you’re always worried about what bad thing could happen to bring them down. But those effective glimmers of pathos are undermined by jokes about yoga pants and beer pong that would’ve felt stale in the mid-aughts. 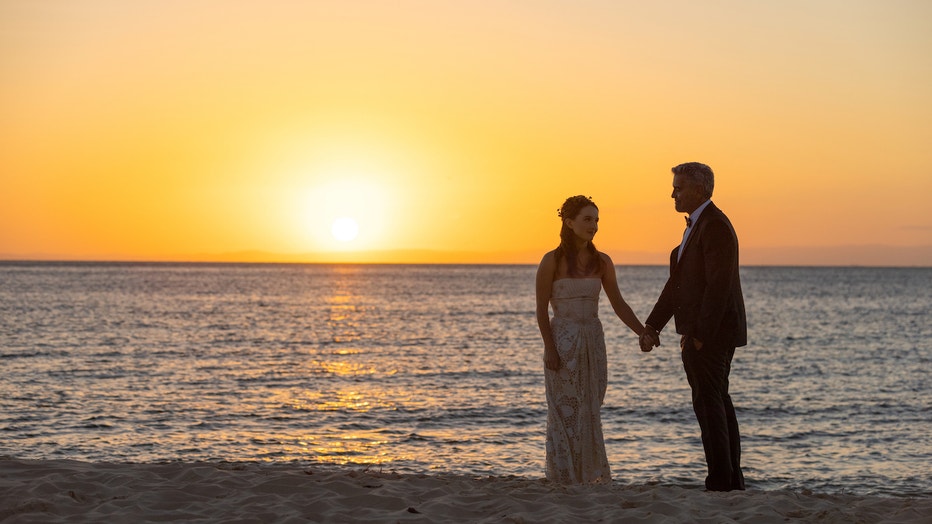 Instead of delivering either madcap screwball fun or a relaxed hangout vibe, "Ticket to Paradise" mostly just feels inert, as if everyone involved assumed that once they had Clooney and Roberts onboard the rest of the movie would take care of itself. Unfortunately, that’s exactly the kind of thinking that drove the rom-com genre away for nearly a decade.

Thankfully, recent romances like "Bros," "Fire Island," "I Want You Back" and "Cha Cha Real Smooth" prove the rom-com resurgence isn't going anywhere; nor are romantic star vehicles a thing of the past, as demonstrated by this year's uneven but still winning "Marry Me" and "The Lost City." Still, it would’ve been nice if "Ticket to Paradise" had given Roberts and Clooney a return to the genre worthy of their boundless charisma. After all, it's a film that has all the right pieces, it just doesn’t put in the work to make them sing.

Forget dancing backwards in heels, "Ticket to Paradise" can barely sway in the breeze.

Make it a double feature with "10 Truths About Love," streaming free on Tubi

How to watch "Ticket to Paradise"

"Ticket to Paradise" sails into theaters nationwide on Oct. 21. It is not currently available to stream.