Seminole County 'Teacher of the Year' flies with Thunderbirds

The U.S. Air Force Thunderbirds took a special flight ahead of their performance at the Orlando Air and Space Show this weekend – and they were joined by a very special passenger.

ORLANDO, Fla. - The U.S. Air Force Thunderbirds is one of America’s elite air demonstration squads.  But at the throttle of one of their F-16 Fighting Falcons was a special guest on Friday: Seminole County public schools Teacher of the Year, Clayton Donnan.

The special flight came ahead of their performance at this weekend's Orlando Air and Space Show. 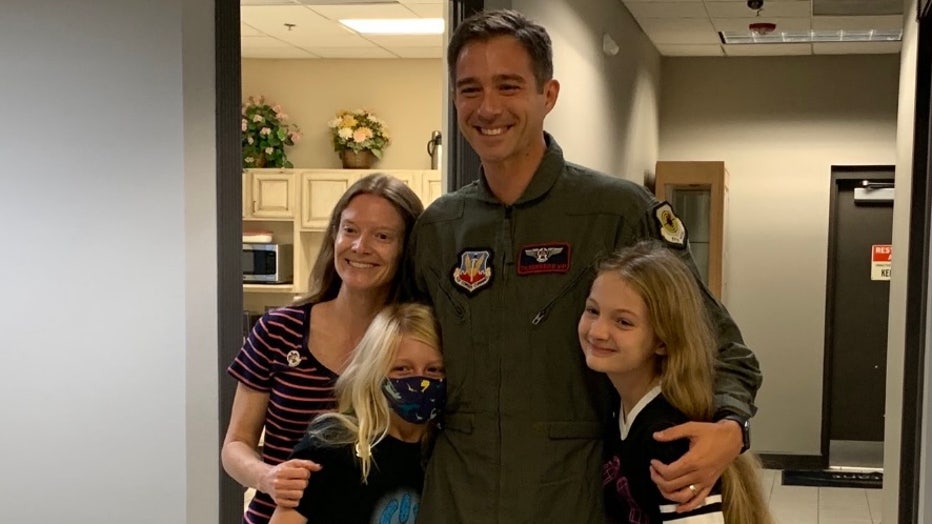 "The idea of flying a real plane is something I've dreamed of since I was a little kid," Donnan said after his flight.

The Thunderbirds named Donnan, who teaches technology at Crooms Academy, one of their Hometown Heroes. Crooms Principal Brandon Hanshaw says Donnan is a renaissance man, who's been with the school for 18 years.

"He is our technology team leader, he is our steel drums director, he also teaches modeling, simulation, and game design," Hanshaw said.

As Donnan suited up before takeoff, his wife Jennifer and children said how excited he was for this flight.

"When he emailed me I think he'd already said yes before he forwarded me the email to find out about the opportunity. He was just 100% in," she said.

Donnan flew in the co-pilot seat behind pilot Maj. Ryan Yingling for about an hour, and even took the controls himself for part of the flight.

"Once he got the handle of it, we were doing some cloud-chasing and he wanted to pull some G's, so he did great!" Yingling said.

Donnan says it was an experience like no other.

"The G-forces behind, when you pull that stick and it's just a little movement man, but it's like 'whoah!' It's so good!"

This weekend, the rest of us will get a chance to see the Thunderbirds take to the skies.

The 2021 Orlando Air and Space Show is happening Saturday and Sunday at the Orlando Sanford International Airport.