Disneyland Paris will be celebrating its 30th anniversary on March 6. There will be new shows, spectacular fireworks, tasty treats, and a new look for the characters. Minnie Mouse will also be getting a modern makeover for the occasion.

It's hard to believe, but Disneyland Paris will be celebrating its 30th anniversary on March 6.  And just as Walt Disney World Resort in Florida pulled out all the stops to marks its 50th, Disney has some grand plans for its European park as well.

There will be new shows, spectacular fireworks, tasty treats, and a new look for the characters.

"Featuring more than 30 Disney characters and dancers, Mickey, Minnie, Donald, Daisy, and their friends will be dressed in new ‘iridescent’ costumes created for the 30th anniversary. More than 2,000 lines of rhinestone were sewn, nearly 700 meters of fabrics were printed, and over 190 jewels were used to create these dazzling looks," Disney announced.

Minnie Mouse will also be getting a modern makeover for the occasion.

"We’re thrilled to announce the First Ultrachic Pantsuit for Minnie Mouse at Disneyland Paris, designed by Stella McCartney herself. In honor of Women’s History Month, starting on March 6, 2022, find Minnie Mouse at Walt Disney Studios Park as she rocks a new take on her signature polka dots," Disney said. 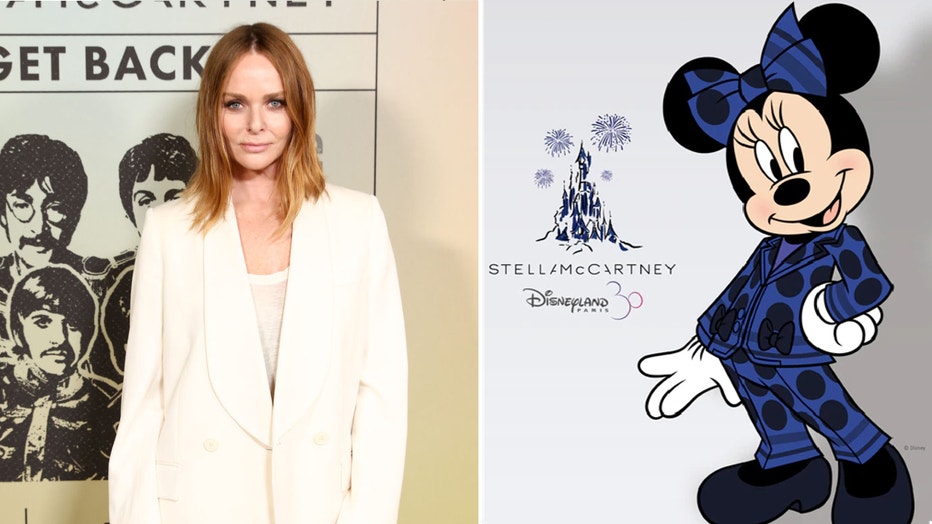 Stella McCartney attends the Stella McCartney "Get Back" Capsule Collection and documentary release of Peter Jackson's "Get Back" at The Jim Henson Company on November 18, 2021 in Los Angeles, California. (Photo by Rich Fury/Getty Images)

Stella McCartney will be unveiling a unique Minnie Mouse t-shirt on International Women’s Rights Day to be exclusively sold online and in Stella stores. Starting spring 2022, a limited-edition product line inspired by the cult movie Fantasia will be also launched by Stella McCartney.