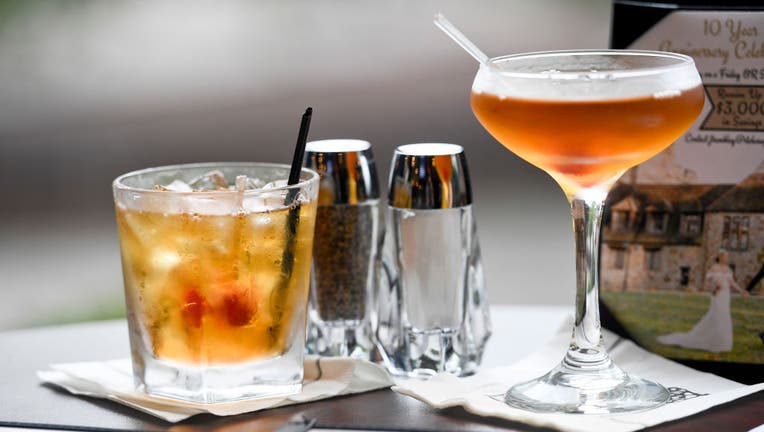 FILE - Alcoholic drinks are pictured on a table in a file image taken on Aug. 6, 2020, in Lower Alsace Township, Penn. (Photo by Ben Hasty/MediaNews Group/Reading Eagle via Getty Images)

GAINESVILLE, Fla. - The city that is home to the University of Florida may allow people to drink legally from open containers in public places such as sidewalks.

At the city commission meeting on Monday evening, WUFT reports that the vote to amend the ordinance passed with a vote of 4 to 3 during the first reading. A second commission approval is now required to make it final.

Gainesville adopted a similar temporary rule in September as a response to the business downturn triggered by the COVID-19 pandemic. That ordinance also allows businesses to serve alcohol in public and outdoor spaces.

The measure up for a vote would make that ordinance permanent. It would not affect laws banning open drinking while driving.

"We’ve had open container for a year now and there haven’t been any issues," said Commissioner Adrian Hayes-Santos. "And we shouldn’t have laws on the books that are there just to mess with people. We have laws currently for drunk and disorderly, for disorderly conduct, so if you do something that is a negative impact to society, then we can take action."

Gainesville police say they issued about 50 to 60 public drinking citations before the temporary ordinance went into effect.

Gov. Ron DeSantis in May signed into law a state bill permanently allowing the sale of alcoholic drinks to go, which also started because of the pandemic.