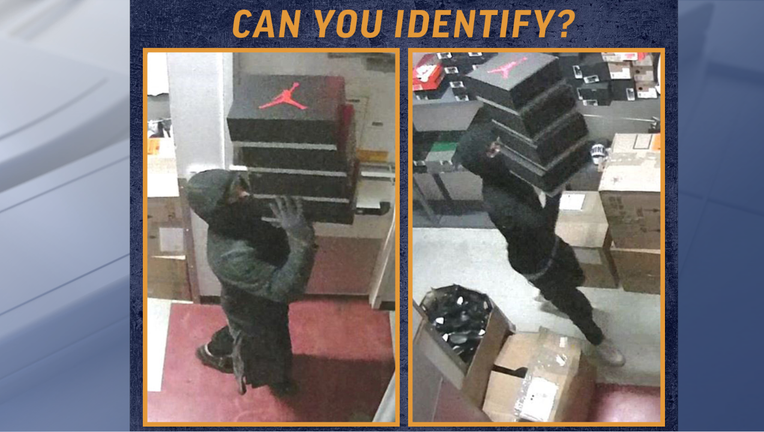 OCALA, Fla. - At least three people are accused of breaking into an athletic store inside the Paddock Mall on January 27 and stealing up to $18,000 worth of shoes, according to the Ocala Police Department.

Police said the thieves used ladders to access the roof and then cut into the ceiling above the store to get in.

"All the subjects (only two pictured here) were wearing dark-colored clothing, with hooded sweatshirts or jackets, masks, and gloves. One had leather-type sneakers with brown laces and a towel or rag hanging from his back pocket, another had multi-colored sneakers, and the third had black sneakers," Ocala Police said.

The Ocala Police Department said before the theft occurred, a small, box-style U-Haul was seen circling the mall parking lot and was later seen parked in a shady area with an unknown dark-skinned male lying across the driver's seat.

Anyone with information is asked to call 352-369-7000. According to the post, if you use Crime Stoppers and your tip leads to an arrest, you may be eligible for a cash reward.