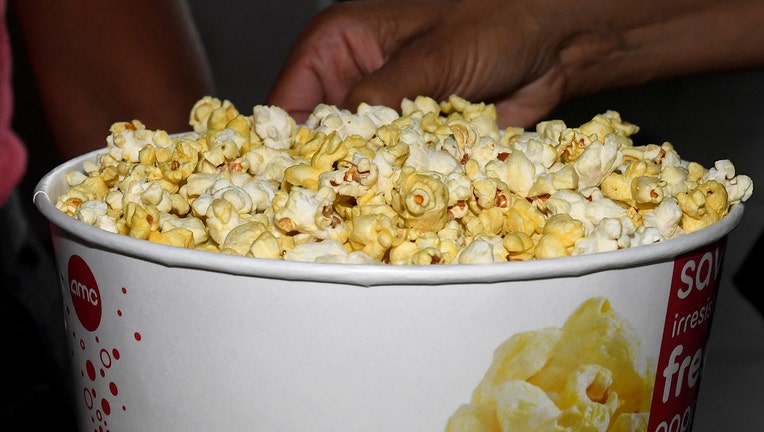 A customer gets a bucket of popcorn before seeing a movie at AMC Town Square 18 on August 20, 2020 in Las Vegas, Nevada. (Credit: Ethan Miller/Getty Images)

FOX NEWS - Everyone wants to be home for the holidays.

Not surprisingly, many Christmas movies are based around families getting together for the holidays. This has resulted in many of the most popular holiday movies being based in iconic houses.

Whether it’s Macaulay Culkin being left behind while his family goes on vacation or Arnold Schwarzenegger trying to get the perfect gift for his son, many of these films were shot in real homes and locations.

The McCallister’s house in "Home Alone" is a real house located in Winnetka, Illinois. Fortunately, the area isn’t known for being targeted by bandits. The house has five bedrooms and four bathrooms. Also, none of the doorknobs are electrified or overheated and there aren’t any giant spiders wandering the halls.

Anyone who had cable in the late 90s and early 2000s has seen this movie many times. The film’s iconic house, located in Cleveland, Ohio, has been restored and a museum dedicated to the movie has also been opened across the street. Guests visiting the house may notice a memorable lamp in one of the windows.

Jingle All the Way

In this 1996 classic, Arnold Schwarzenegger plays a father who’s been too focused on work to spend time with his son or get him a Christmas gift. Fortunately, his character’s workaholic nature paid off and he was able to afford a nice house with four bedrooms and five bathrooms. The actual house is located in Edina, Minneapolis and is estimated to be worth over $2.5 million.

The Griswold family just couldn’t have a nice, relaxing vacation, even when they were just staying home for the holidays. In the film, the Griswold’s live near Chicago. In reality, the house was located on the Warner Brothers backlot in Burbank, California. It’s located in a neighborhood that Warner Brothers owns and uses for various movie and TV productions.