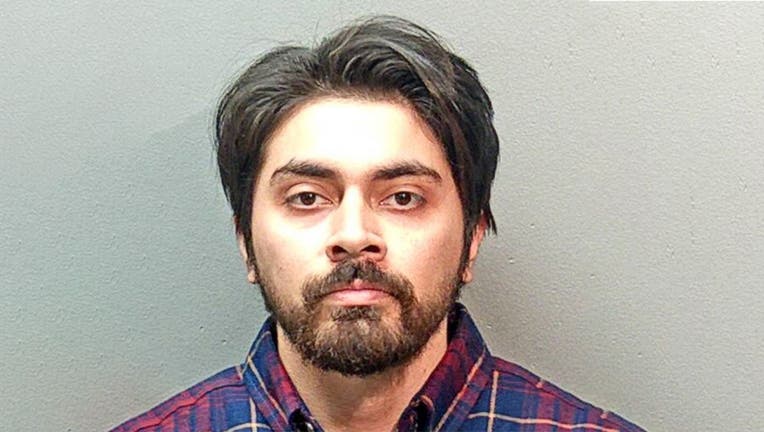 FORT WORTH, Texas - A Texas veteran accidentally shot and killed his brother Sunday after drinking three tall Bud Light Limes and showing his brother and two relatives his guns, according to Fort Worth police.

Ricardo Del Gadillo, 28, was arrested Monday on suspicion of manslaughter in the death of Carlos Del Gadillo, 30, according to an arrest affidavit obtained by Fox News on Wednesday.

Ricardo told police the fatal shooting took place in his bedroom while he, his brother and relatives Elias and Sebastian Sustaita were watching UFC fights and boxing. The 28-year-old also said he was in the military, according to the arrest affidavit.

Ricardo started showing his relatives his rifle and handgun after having the beers, he said.

"He said he was showing them how you hold the gun when he pointed the gun, was lining up the sights at a shelf, and he pulled the trigger," the affidavit said. "The gun fired one time and struck his brother Carlos in the chest, causing him to fall to the ground."

Ricardo and Elias Sustaita took Carlos to Complete Emergency Care in their vehicle, according to the arrest affidavit. Carlos was then taken in an ambulance to John Peter Smith Hospital where he was pronounced dead.

The affidavit said Ricardo told police he applied pressure to his brother's wound on their way to the ER.

Ricardo told police the gun he accidentally shot was an XDM 9mm and added that he "always has the gun loaded with one in the chamber," per the affidavit.

He "was familiar with how firearms function, knew that firearms were dangerous and could cause death, and knew that manipulating/pointing a firearm is dangerous," Ricardo told police, acknowledging he "should have put the firearms away once they started drinking," according to the affidavit.

Police said they found the handgun on a bedside table and a single 9mm casing under a desk at the crime scene, as well as what appeared to be blood on the floor. There was also a rifle in the bedroom closet, according to police.