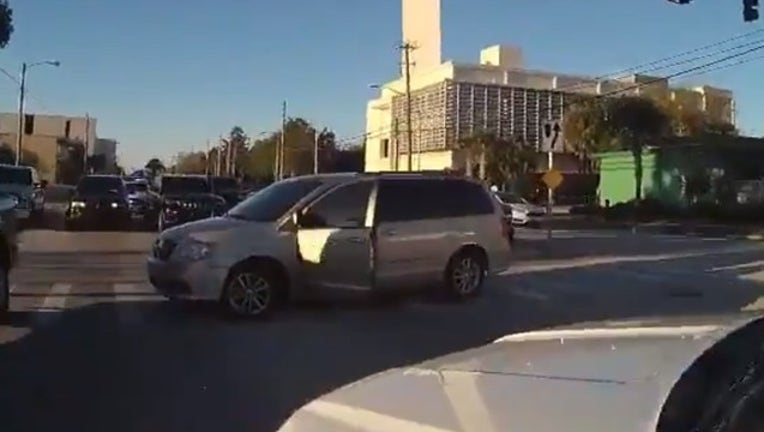 DAYTONA BEACH, Fla. (AP) - Authorities in Florida say they've captured a man wanted for a homicide in Texas and a kidnapping in New Mexico.

Authorities say a license plate reader in Daytona Beach detected Gibson and his vehicle in the area on Sunday. Officers searched for him but didn't find him. A license plate reader again alerted authorities to Gibson's presence on Tuesday, which led to his arrest after a chase and a crash into a parked vehicle.

Dash cam video of the moments leading up to his capture were posted on the Volusia County Sheriff's Office Twitter.