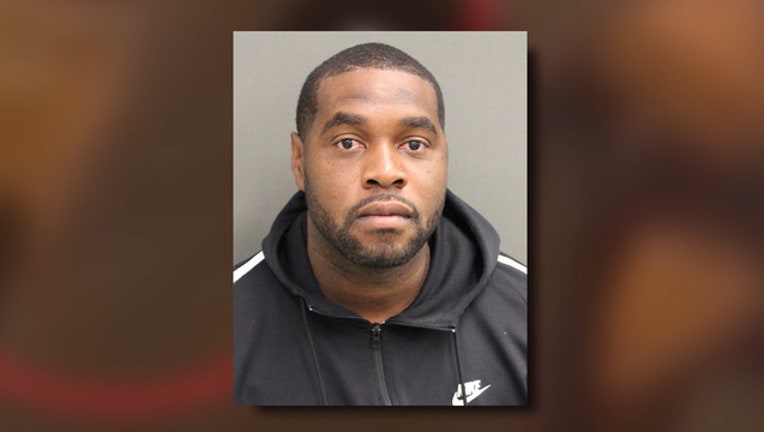 ORLANDO, Fla. (FOX 35 ORLANDO) - A former NFL football player is accused of knocking out a man outside an Orlando nightclub.

According to investigators, it all went down on Central Avenue, after the victim accidentally bumped into the suspect and a confrontation followed.

For months, investigators have been looking for a man seen in cell phone video punching Mason Graham outside Tier Nightclub, leaving Graham unconscious.  Authorities have identified the suspect in the video as Michael Anthony Sims-Walker.

"He is maybe twice the size as Mr.Graham," said attorney Mark Cressman, who is representing the victim.

Graham suffered a fractured skull, bleeding of the brain and had to be put on a breathing tube, according to authorities.  Cressman said his client is  now back home recovering, but he would not go into detail about his health.

Sims-Walker's attorney, Eric Barker, said his client turned himself in and looks forward to his day in court, but he had no additional comments. Sims-Walker played football for the Jacksonville Jaguars, St Louis Rams, Winnipeg Blue Bombers, as well as UCF.  Many were disappointed to hear about the arrest.

"I don't want to make this an issue about football players, professional athletes. This is an individual that did something he most likely not have done," said Cressman.

It was a tip that led to the arrest of Sims-Walker, after investigators were able to find more surveillance video. We asked Cressman how Graham's family reacted to news of the arrest.

"They're simply glad law enforcement did the investigation and an arrest was made."

Sims-Walker is charged with felony battery with great bodily harm.