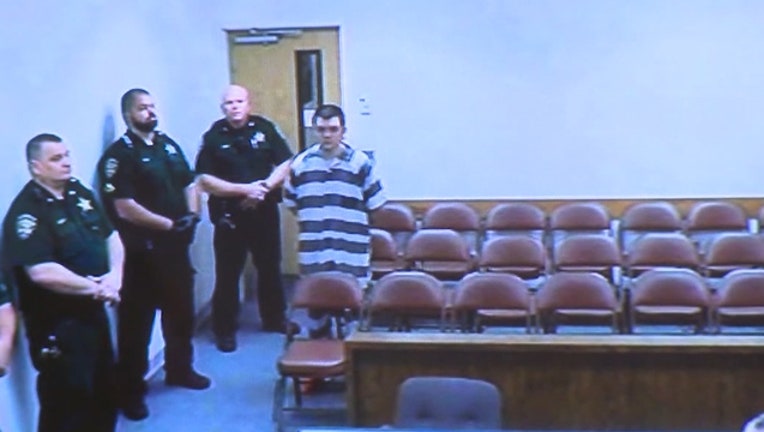 Zephen Xaver, 21, bought a 9mm handgun and ammunition just days before Wednesday's shooting at a SunTrust branch, Sebring police said in a news release. Testing is underway to determine if that gun was the same one used inside the bank, police said.

The shooting left four employees and one customer dead. Xaver shot the women in an apparently random act of violence, police have said. Prosecutors could seek the death penalty for Xaver, who faces five counts of premeditated murder.

Xaver was hired as a trainee prison guard at Avon Park Correctional Institution on Nov. 2 and resigned Jan. 9. No disciplinary issues were reported.

SunTrust has established a fund to offer financial support to the victims' families, the bank announced Monday.

"Through the SunTrust Foundation and Sebring Strong Survivors Fund, we are committed to supporting the families of the victims as they begin to recover," SunTrust Chairman and CEO Bill Rogers said in a statement. "The outpouring of support from the community has demonstrated the best of humanity in a time of tragedy."

The Sebring Strong Survivors Fund is a partnership between the SunTrust Foundation and the National Compassion Fund, a subsidiary of the National Center for Victims of Crime.