LOS ANGELES - Snoop Dogg says he won’t let the big Super Bowl stage rattle his nerves. The ultra-smooth rapper said he will worry about his upcoming halftime performance after the fact. 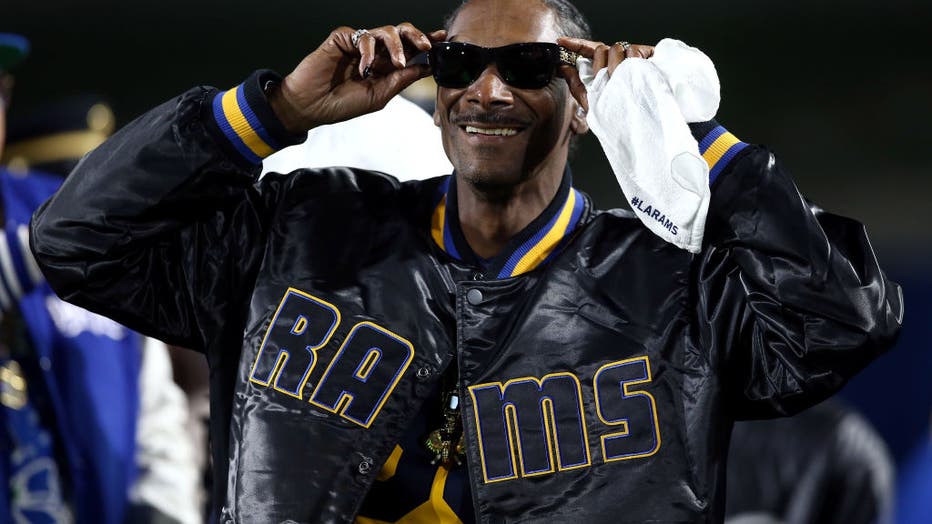 "For me, when performing, I never let the moment get bigger than me," said Snoop Dogg in a recent interview with The Associated Press from his studio compound in Inglewood where the Super Bowl will be held Sunday. He’ll take the stage with Dr. Dre, Eminem, Kendrick Lamar and Mary J. Blige.

FOX 11 spoke with the Van Nuys-based custom car builder as all eyes will be on his lowrider during one of the Super Bowl halftime commercials.

"I’m not going to understand it until it happens," he continued. "While it’s happening, I’m in the zone. I’m stuck to the script, laser-focused, being on point, sounding good, looking good and feeling good. I want to give off a great presentation. After the fact, it’s when I’ll be nervous about watching it to see what the reaction is. But while I’m going through it, it’s nothing."

Snoop Dogg calls performing at the Super Bowl in his home state a "dream come true." He said he’s looking forward to sharing the stage with music legends who are his friends.

"We’re all one. We’re all united together," said the 50-year-old rapper, who said he might perform his 1994 classic "Gin and Juice," but hasn’t made a final decision yet. "If you really look at it, that’s what the world needs to understand that we need to come together as opposed to division or separation."

RELATED: Super Bowl LVI could be the hottest ever

Snoop Dogg said their show is important for the legacy of the hip-hop culture. Other rap artists who have performed at the Super Bowl include Travis Scott, Sean "Diddy" Comb, Queen Latifah, Nelly and Big Boi of Outkast.

RELATED: Super Bowl LVI: Where to eat near SoFi Stadium

"I’m still thinking I’m in a dream because I can’t believe that they will let a real hip-hop artist grace the stage in an NFL Super Bowl," he said. "We’re just going to wait for that moment and put something together that’s spectacular, and do what we’re known for doing and add on to the legacy."