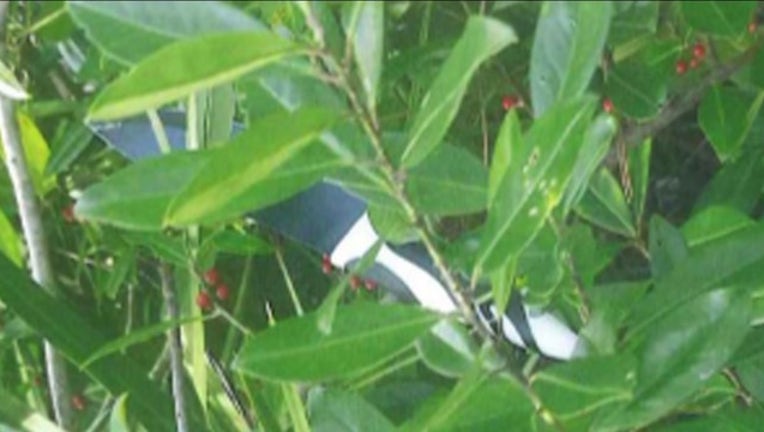 They say that an 11-year-old student at Rymfire Elementary School was arrested and charged with Exhibiting a Weapon on School Property, a felony, on Tuesday evening.

A School Resource Deputy was reportedly notified by school administrators that a student reported that another student had a kitchen knife in his backpack and had threatened to do physical harm with it. A school teacher also reportedly saw the student throw an object over the fence.

The Sheriff's Office says that administrators located the knife in the woods behind the school's fence. Deputies retrieved the knife and submitted it into evidence.

After a thorough investigation, the Sheriff's Office says that the student had put the knife in his backpack on Monday evening and brought it to school with him on Tuesday. Since the threats to do physical harm did not occur in the presence of law enforcement, a physical arrest for misdemeanor simple assault was not possible. Charges were submitted to the State Attorney's office, though.

Nevertheless, the 11-year-old student was still arrested for the felony charge of Exhibiting a Weapon on School Property. He was processed at the Sheriff's Perry Hall Inmate Detention Facility and released to his guardians as ordered by the Florida Department of Juvenile Justice.

"We are glad the students that knew about the knife on campus came forward and reported it to their teacher,” said Sheriff Rick Staly. “We have been working closely with the School District to remind parents and students about appropriate speech and behavior in schools. We have a zero tolerance policy in Flagler County and bringing a weapon to school is in violation of that and you will be charged.”

“Providing a safe and secure learning environment is of top priority for our school system and we take these incidents very seriously. Extensive security measures are in place to help us maintain a safe campus,” Flagler Schools Superintendent James Tager said. “As parents, you can help. Please take this opportunity to speak to your child about the importance of school safety. While peer pressure is great at this age, we want to encourage students to feel comfortable reporting any information they may have that compromises their safety and the safety of others. Working together we can maintain an environment where students are free to focus on learning.”