It was a day of severe weather across Florida, prompting tornado warnings in Central Florida. An actual tornado was confirmed in Southwest Florida.

The National Weather Service issued a tornado warning around 8 a.m. Sunday starting in Lake County and ending in Orange County. There was a strong thunderstorm capable of producing a tornado, but there was no reported tornado.

Wind gusts were around 50 mph which caused damage at the new Ridgeview housing development in Clermont.

"I did see things blowing, and the wind kicked up," said resident Carolyn Kofer. "Everything was twirling, and I was like I don’t believe this."

Strong winds caused part of the wall of a home still being built in the neighborhood to collapse. Erik Vanlysal lives across the street and says he saw the wall come crashing down as the storm rolled through, and his family took cover. 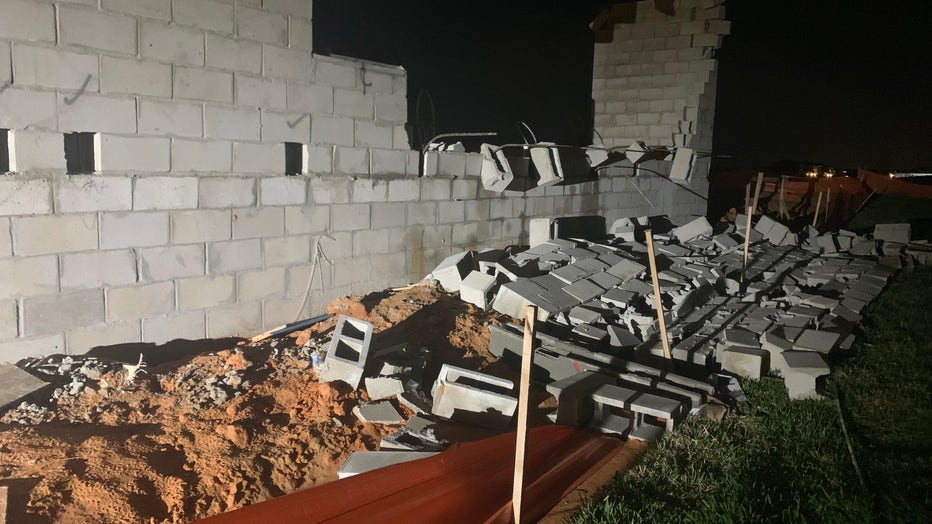 "I just wanted to keep my kids safe. Obviously, the right thing to do is to get them all out as soon as we could, and we have a baby sleeping by the window, so that was my main concern to get him up and downstairs right away," said Vanlysal.

He has a warning to others.

"Make sure you’re watching the warnings. Unfortunately, we got the warning after this already happened our phones were going off as we were going down the stairs," Vanlysal said. "If you know bad weather’s coming just be prepared for it."

The same storm that brought severe weather to Florida on Sunday has wallopped the South with winter weather. Utility crews from Central Florida are on their way to assist with any power issues.