Four-year-old twins Gianella and Luna sent Christmas wish lists to Santa Claus via red balloons. Little did they know, a stranger would find one of the balloons hundreds of miles away and fulfill their wishes.

KANSAS - A mother began doing more creative projects in 2020 as a way to help her twin daughters cope with the coronavirus pandemic and "remember 2020 as a fun year with mom." One of those projects turned out to be a lesson for the girls on the true spirit of giving.

In early December, 4-year-old twins Gianella and Luna sent Christmas wish lists to Santa Claus via red balloons. Little did they know, a stranger would find one of the balloons hundreds of miles away and fulfill their wishes. 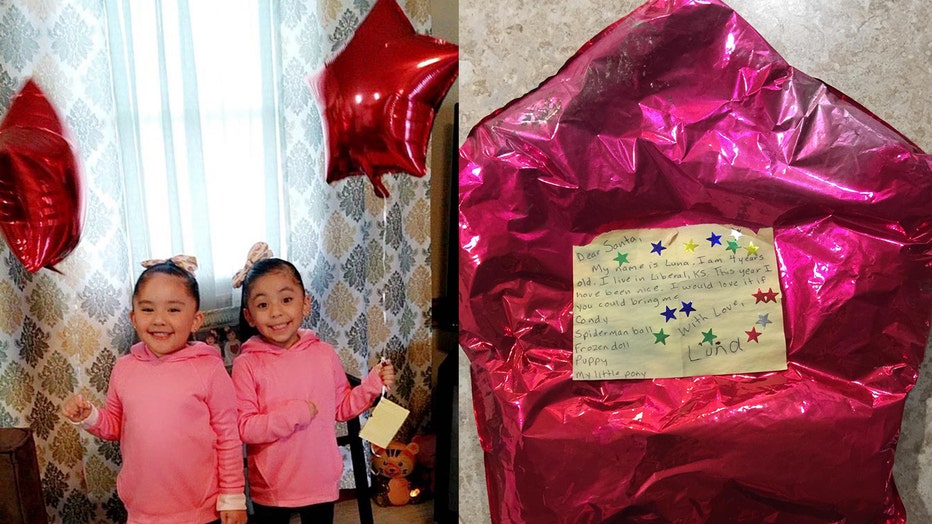 Four-year-old twins Gianella and Luna sent Christmas wish lists to Santa Claus via red balloons. Little did they know, a stranger would find one of the balloons hundreds of miles away and fulfill their wishes. (Leticia Gonzalez/)

Because the weather was so windy, Gonzales said she did not expect the balloon would go farther than their home town of Liberal, Kansas.

But the balloon was eventually found 650 miles away in Shreveport, Louisiana.

Alvin Bamburg stumbled across the balloon while hunting on Dec. 23, 2020 — just two days before Christmas. Luna listed five things that she wanted from Santa including candy, a "Frozen" doll, a "Spiderman" ball, My Little Pony and a puppy.

"I knew somehow I wanted to get some of the items on the list," Bamburg said. "When I got home I showed it to my wife Lee Ann and she was completely on board."

RELATED: Elderly woman spreads love during pandemic by waving every day to strangers on street corner

On Jan. 2, Bamburg’s wife shared a post about the red balloon on Facebook, and after over 200 shares of the picture, the Gonzalez family was located.

"When I found out it went 650 miles away from Liberal I was in shock," Gonzalez said.

Bamburg said family, friends, coworkers and even strangers wanted to help the family.

"The outpouring was unreal. People sent gifts and donated money. We shipped five boxes of gifts and toys to them. One thing was missing... the puppy," Bamburg said.

After discussing the idea of a puppy with the twins’ parents, Bamburg and his wife drove hours to Oklahoma City to surprise the girls with a puppy named Max.

"When I got out of the car that puppy was hiding under my jacket," Bamburg said. 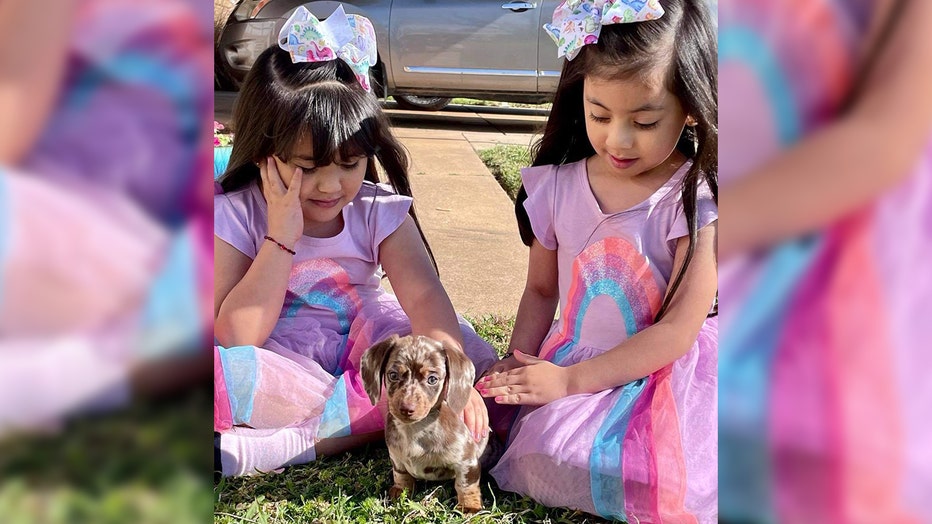 Bamburg said the twins were initially shy, but then "all walls came down."

"Everyone had water in their eyes," Bamburg remembered. "We now have a new family in Kansas. This family is a special family."

Gonzalez said it was a big surprise for the girls, and that her family will forever be grateful to Alvin and his wife. 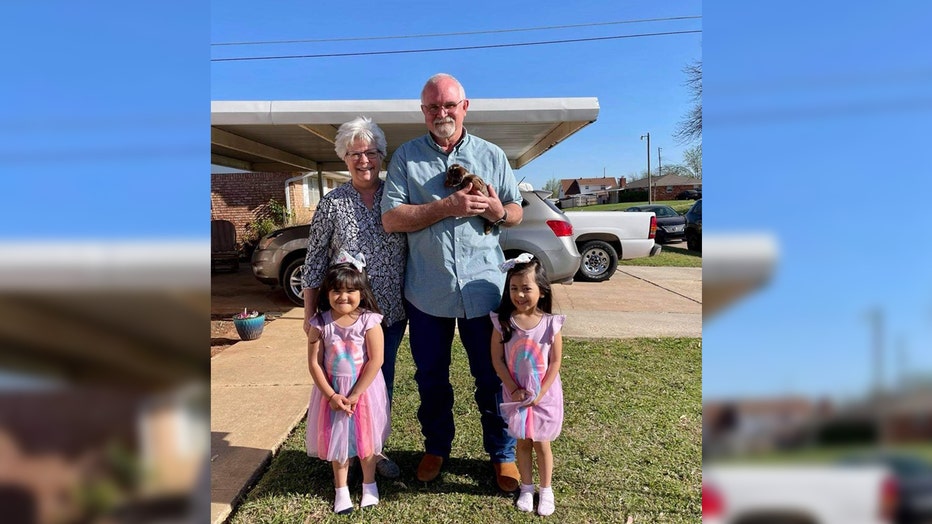 Twin girls stand with Alvin Bamburg and his wife.

"My girls, every day they wake up, and they pick up a toy — just a random toy — and they know it’s a gift that they got from Alvin and his friends. And they’ll right away tell me, ‘Oh, I got this from Alvin. I got this from Alvin,’" Gonzalez said. "The happiness that it’s brought to them, there’s no price to that."

Bamburg said the experience taught him how much kindness and love there is in the world."I hope that people realize that no matter how small an act of kindness you do for someone else they will appreciate it and you will be blessed," Bamburg said. "I hope more people will pay it forward."

As for whether more balloon projects are in the works, Gonzalez said there will not be any more released.

"It was just a once-in-a-lifetime thing that I wanted to do with the girls," Gonzalez said. "The amount of gifts or even the price of the gifts — it’s not the meaning of this. The meaning is that any stranger can be courteous and kind even just with a smile to somebody else and make their day."

This story was written from Los Angeles.