Two suspects are recovering after a series of events that allegedly led up to a deputy-involved shooting in Lake County.

LAKE MARY, Fla. - New video appears to show one person being detained following a deputy-involved shooting in Lake County. Two other suspects are recovering after allegedly being shot by that deputy.

Authorities say it all started with a stolen credit card and ended at a donut shop.

The two men arrested Monday night and are being treated are expected to be ok after being shot and injured during a car chase.

According to the Lake County Sheriff's Office, it all started in the Lady Lake area where a deputy recognized a car connected to someone allegedly trying to use a stolen credit card at the Leesburg Walmart. The sheriff’s office says the deputy attempted to pull over the car for a traffic stop, but the vehicle fled. 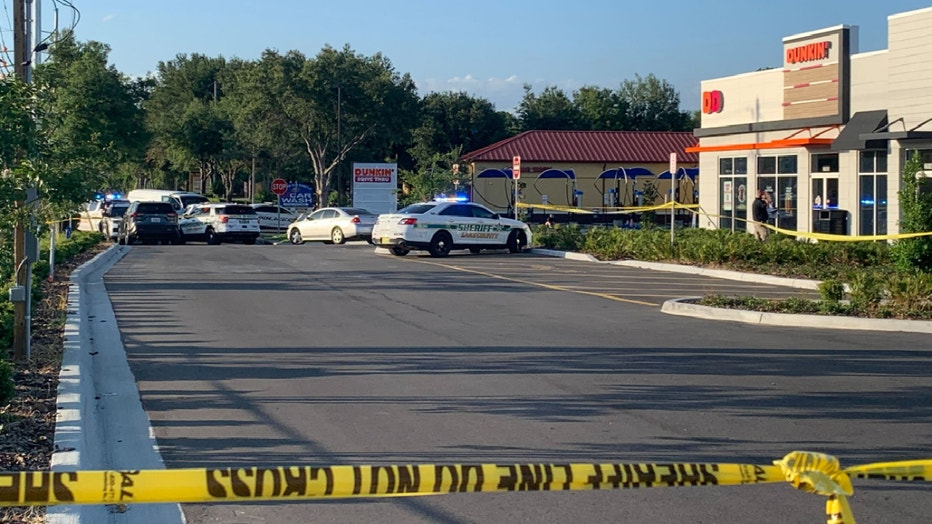 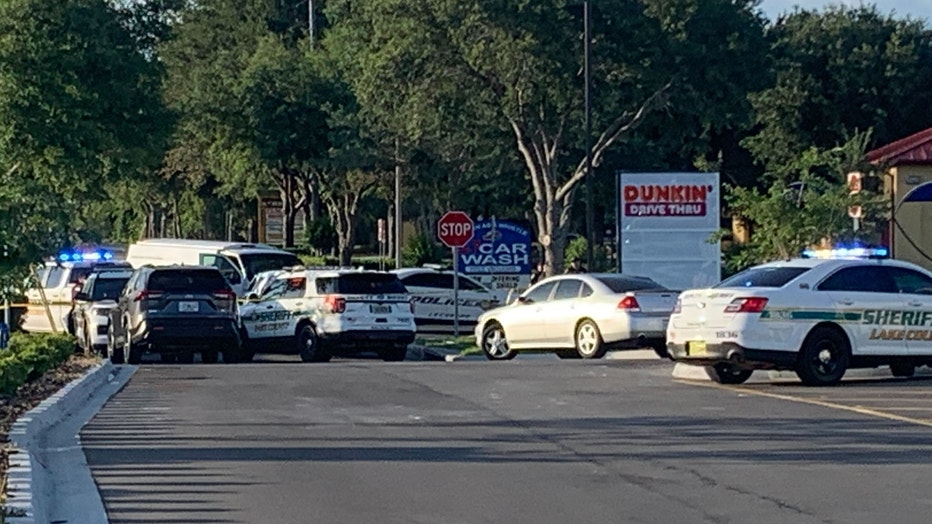 At some point during the chase, the deputy got out of his car and fired shots at the suspect vehicle as it allegedly drove towards him. Two out of the three men were injured by the gunfire.

The chase went on for about 15 minutes. The suspects reportedly attempted to abandon the car at a mobile home park before running about a half mile into a Dunkin Donuts where they tried to hide in the bathroom, but they were ultimately caught and arrested.

"There are other agencies in Central Florida that have been tracking this type of activity and quite possibly this specific group," the sheriff said.

The Florida Department of Law Enforcement is now investigating the deputy-involved shooting.