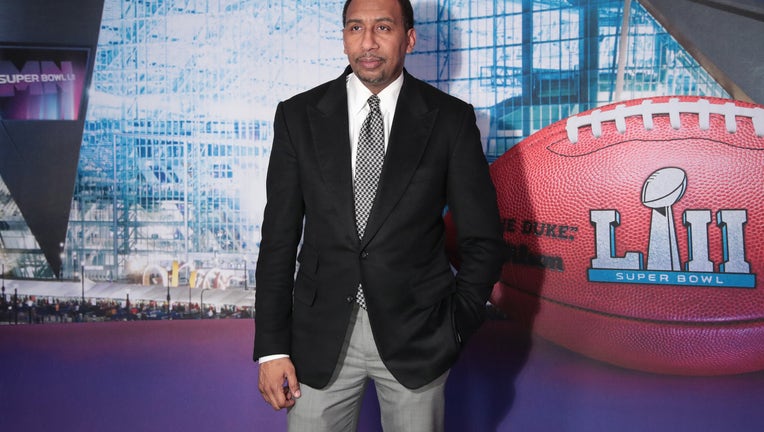 Stephen A. Smith for President?

The sports television personality isn't ruling out a possible run for the Oval Office.

During Tuesday's broadcast of First Take on ESPN, Smith revealed to show host Molly Qerim and network colleague Paul Finebaum that the he may have a shot if he ran.

"If the American people wanted me to run for the presidency of the United States of America, I would strongly consider it," Smith, 54, said during the show. "And damn it, I mean it!"

Last Tuesday, Smith appeared in Finebaum's show to claim he'd be "pretty damn good," if he won the race and was the Commander in Chief.

"If enough people came to me and said ‘Stephen A., you have a legitimate shot to win the presidency of the United States of America,’ I would strongly, strongly consider running," Smith said in an Aug. 23 interview with Finebaum.

Known for his work with ESPN, Smith is synonymous with sports media, providing his hot takes and animated reactions to top sports headlines. While he has zero formal experience of running for public office, Smith has made appearance for national news networks such as FOX News, MSNBC and CNN. During an interview with former Los Angeles Clippers' JJ Reddick, Smith claims he interviewed with CNN for a possible show.

Ultimately, Smith returned to ESPN in 2011 after leaving the network in 2009.

As of Tuesday night, Smith has not formally revealed which political party he'd associate with if the popular sports TV personality were to run for office.