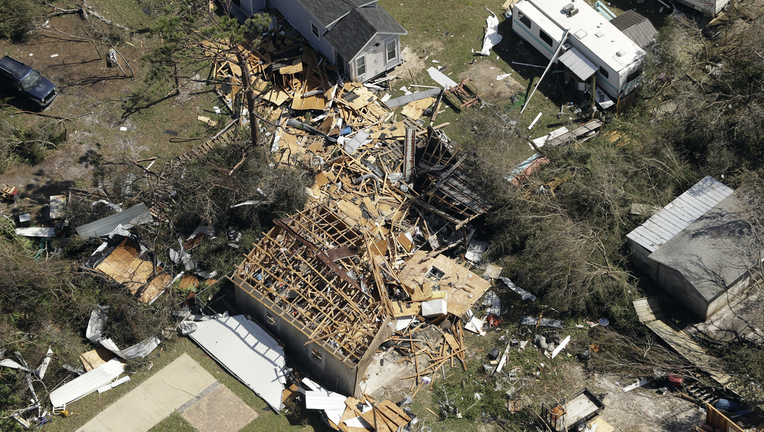 TALLAHASSEE - Rep. Brad Drake, chairman of the House Transportation & Infrastructure Subcommittee, is the latest Panhandle lawmaker to seek a second round of state funding to aid areas still struggling from Hurricane Michael.

In a series of bills filed for the 2020 legislative session that begins Jan. 14, Drake, R-Eucheeanna, is requesting more than $65 million for storm-battered communities in his Northwest Florida district. Drake’s largest request is $60 million for a 200,000-square-foot commerce center in Washington County (HB 4685).

According to the proposal, the center would also serve as a regional hurricane evacuation center and hurricane staging area, providing for the “general population, special needs, and be pet-friendly.” Michael bulldozed across 10 Panhandle counties after making landfall at Mexico Beach on Oct. 10, 2018. Earlier this year, lawmakers approved $220.9 million for post-storm efforts.

Drake’s proposals are among more than 1,300 measures filed by lawmakers seeking support for projects and groups in their home districts, which collectively would require more than $1.83 billion to fully fund. Most will not make it into the budget for the fiscal year that starts July 1.

Drake is also proposing $250,000 for a “consolidatd government complex design” (HB 4675) to centralize Jackson County employees, who are now in multiple locations that are “aging,” in disrepair and damaged by the storm, according to the budget request. Drake is also seeking nearly $1 million for emergency generators at Jackson Hospital’s medical and clinic buildings (HB 4681). And Drake has requested $2.05 million to help Washington County upgrade its communication system, including the erection of three communication towers (HB 4671).

Drake’s proposal notes that “emergency communications ceased to exist” in Washington County after Michael. “The goal of this project is to never be in that position again for the sake of county residents and evacuees,” the proposal states.

The sparsely populated Jacob City in Jackson County is up for two proposals: $600,000 for a new community center (HB 4699), and $550,000 for an updated city hall (HB 4693). According to Drake’s paperwork, the community center could serve as a “refuge before and after a storm.”

The current city hall suffered damages in Michael that “are not superficial,” his proposal asserts. Chipola College in Marianna is seeking $350,000 to make up for lost tuition and fees after the storm (HB 4683). Another $2 million would go towards repairs and improvements still needed across the college campus, including the conversion of “flat” to “pitched” roofs on as many as five buildings.

In the Senate, Sen. Bill Montford, D-Tallahassee, has proposed a measure (SB 722) to allocate $50 million each year, through 2027, to the hurricane impacted counties. The money would come from a trust fund approved by voters in 2014.