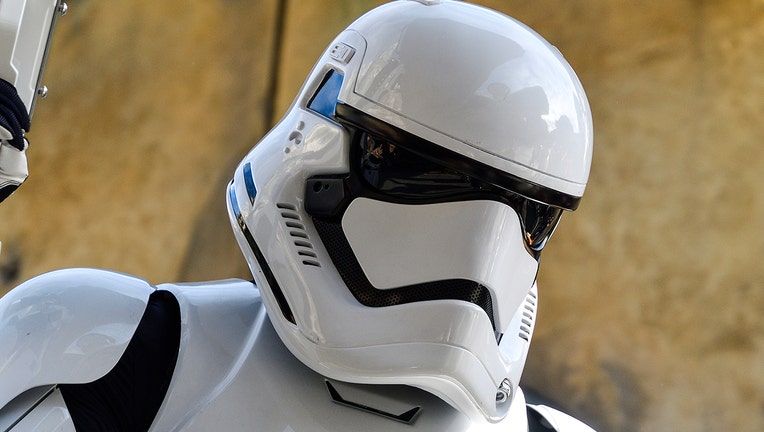 ORLANDO, Fla. - You had better watch your step at Disney Springs — a Stormtrooper just may be tempted to fire a wildly inaccurate laser blast in your general direction.

The Disney Springs shopping and dining complex at the Walt Disney World Resort has only recently reopened for guests after closing months ago amid the coronavirus health crisis. Visitors are currently required to undergo temperature screenings, wear masks and abide by new physical distancing protocols, some of which are indicated by ground markings or physical barriers — and some of which are shouted at you by a couple of wisecracking Stormtroopers.

As seen in footage shared by Attractions Magazine, Disney Springs has enlisted a few Imperial soldiers from the “Star Wars” universe to monitor guests’ activity within the complex, and remind them to stay a safe distance away from other visitors.

“Keep moving,” says one Stormtrooper, who is overseeing foot traffic from the balcony above a row of retail shops. “It’s like herding banthas down there.”

“Hey, you! With the face covering!” her fellow Stormtrooper yells at one of the guests down below.

“They all have face coverings,” the first Stormtrooper points out, seemingly exasperated with her partner.

The two Stormtroopers, who appear to hate each other’s guts as much as they hate densely packed crowds and unmasked faces, were also filmed nitpicking each other’s deliver of the phrase “Move along,” and arguing about where they, themselves, should be standing in relation to each other.

Footage of the two Imperial enforcers was filmed in late May, though Disney Springs has also recently warned visitors to “keep an eye out” for the Stormtroopers, via Instagram.

RELATED: There will be no cultural representatives at Epcot's World Showcase when the park reopens

“Not only did the iconic World of Disney store open this week, but we’ve also spotted some special visitors from a galaxy far, far away,” the post reads. “Keep an eye out for First Order Stormtroopers patrolling the area during your next visit to Disney Springs!”

Disney Springs first announced much of its new health and safety protocol online, prior to reopening on May 20. “Rest assured, there is plenty of magic awaiting you at Disney Springs — it just may feel a bit different than before,” wrote Matt Simon, the vice president of Disney Springs, in a Disney Parks Blog post shared in mid-May.

Disney World had also issued a couple of disclaimers for guests planning to visit Disney Springs when it begins its phased reopening on May 20, one of which indicated that Disney Parks is absolved of all liability for anyone infected with coronavirus during their trip.