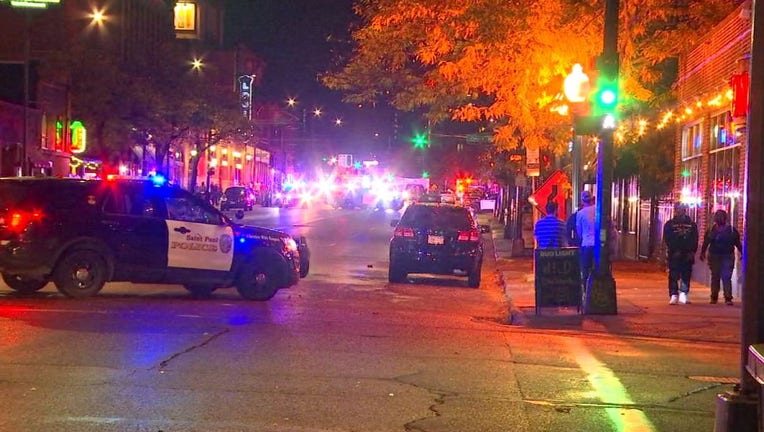 Police investigate a shooting that left one woman dead and 14 injured overnight in St. Paul.

At about 12:15 a.m. Sunday, officers responded to a shooting on the 200 block of 7th Street West. There, they found what St. Paul police spokesperson Steve Linders called a "hellish" scene, with people lying on the ground outside and inside the Truck Park bar.

Mayor Carter: St. Paul mass shooting was 'one of the most heartbreaking incidents' city has endured

Sunday afternoon, Mayor Melvin Carter reacted to the mass shooting overnight in St. Paul that left one woman dead and 14 others injured.

A woman in her 20s died of her injuries. All of the injured people are expected to survive.

Three men were arrested in connection to the shooting, and they are currently in custody.

"Our community is devastated by the shooting scenes from last night. As our St. Paul officers work to bring those responsible for these senseless acts into custody, our work to build more proactive and comprehensive public safety strategies is more urgent than ever. We will never accept violence in our community," Mayor Carter wrote.

St. Paul police give an update on the overnight shooting that killed 1 and injured 14.