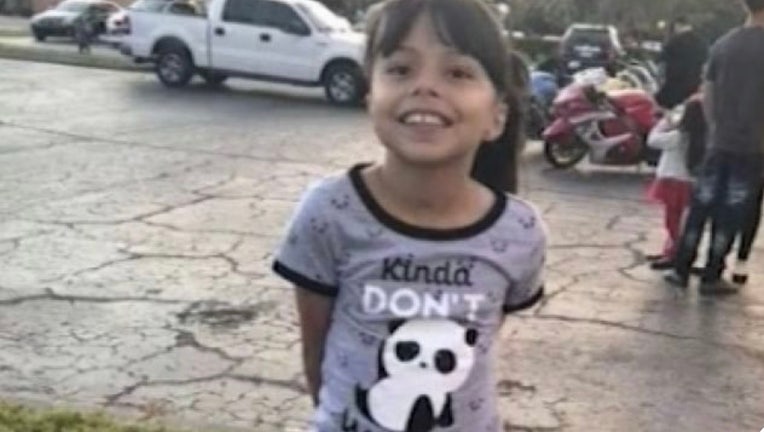 ST. CLOUD, Fla. - A man that was shot and killed by a St. Cloud police after officials say he stabbed a 9-year-old girl multiple times was not a "relative blood uncle", according to the department.

Jada Lee's mother, Veronica Snyder, claimed that it was her brother who was killed while trying to chase the real stabber.

"We heard, 'the baby'” and my brother ran after him [the intruder]," she says. "My daughter's in the hospital and police are saying my brother did it. My brother was trying to help! He’s a hero!" she said.

Jada was stabbed multiple times and has injuries to her face and neck. She is currently recovering at Arnold Palmer Hospital in Orlando and is expected to survive.

St. Cloud police released a report on Friday stating that the deceased suspect, identified as 21-year-old Jahsean Iandie Hodge, "is not a relative blood uncle of the 9-year-old victim in this incident."

Police say they are working to resolve the case.

According to St. Cloud Police Chief Pete Gauntlett, their preliminary investigation shows witnesses reported the girl was stabbed inside a home and then a suspect covered in blood ran through the neighborhood.

Police say they found a man matching the alleged attacker’s description when they got into a struggle and an officer shot him.

The suspect died at the scene.