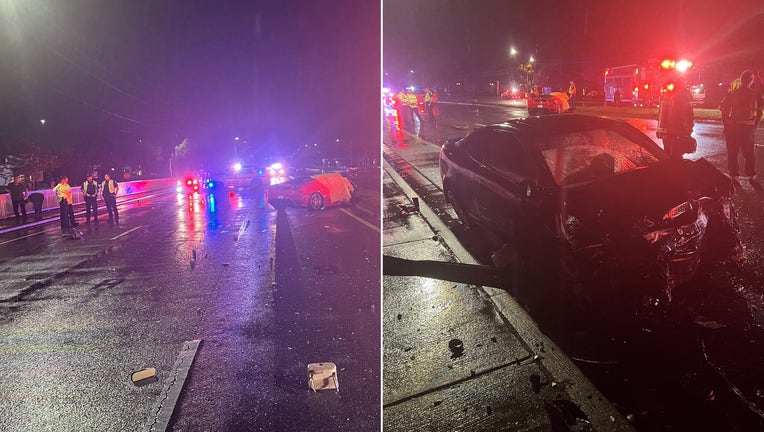 PINELLAS PARK, Fla. - Pinellas Park police are investigating a deadly crash where two people inside a Ferrari were killed Sunday.

The crash occurred just before 9:45 p.m. on Bryan Dairy Road between 66th Street North and Belcher Road. Based on preliminary details, police said it appears the driver of a red Ferrari was speeding in the eastbound lanes.

Investigators said the driver lost control "for unknown reasons," spun out, crossed over the raised median, and crashed head-on with an Acura sedan that had been heading westbound. Police said the driver was ejected from the Ferrari. The driver and passenger in the Ferrari both died at the scene.

The driver of the Acura was taken to a hospital with serious injuries but is expected to be OK.

The occupants were not publicly identified. No other information was immediately available.

Anyone with information on the crash is asked to contact Pinellas Park police.