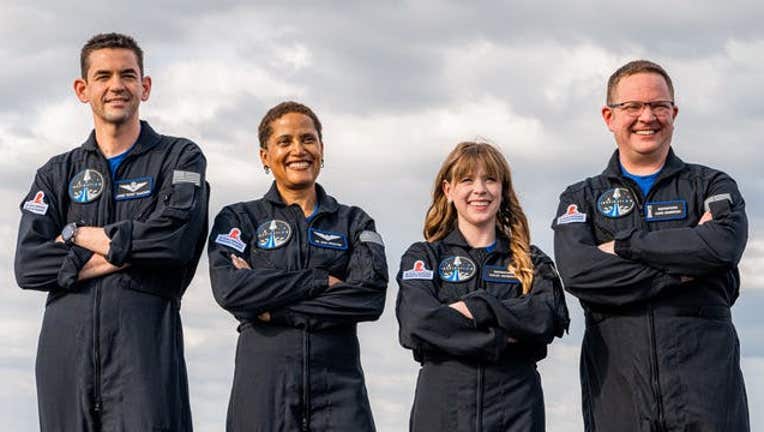 SpaceX has announced a targeted launch date for later this month for the world's first all-civilian spaceflight, which will orbit the Earth for three days.

Inspiration4 will launch on Sept. 15 from Launch Complex 39A at NASA's Kennedy Space Center in Florida, SpaceX said in a press release on Friday.

Isaacman is the founder and CEO of Shift4 payments and an accomplished jet pilot who holds several world records including two Speed-Around-The-World flights in 2008 and 2009 that raised money and awareness for the Make-a-Wish Foundation.

He also has flown in over 100 airshows as part of the Black Diamond Jet Team, dedicating every performance to charitable causes, and co-founded what would become the world’s largest private air force, Draken International, to train pilots for the United States Armed Forces.

Proctor is a 51-year-old entrepreneur, educator and trained pilot. She was born in Guam, where her father was working at the NASA tracking station during the Apollo missions.

Arceneaux is a 29-year-old physician assistant at St. Jude Children’s Research Hospital, where she was a former patient who battled bone cancer at age 10.

The mission will raise funds and awareness for St. Jude Children’s Research Hospital.

A backup launch date was set for Sept. 16.