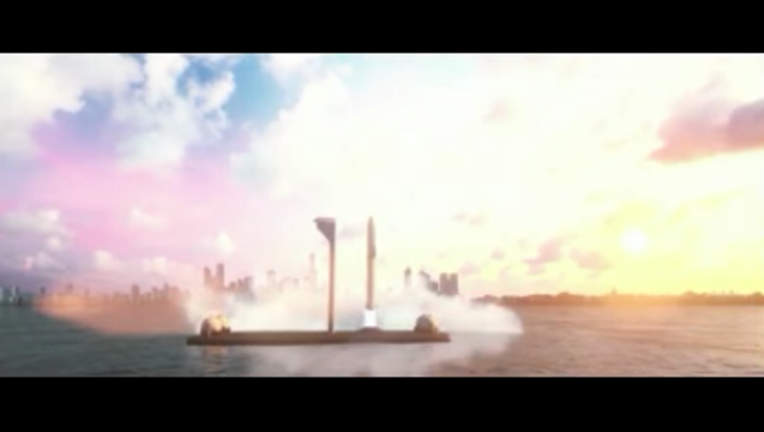 Musk wants to phase out all Falcon 9 rockets with a "newer-bigger-faster" version for travel to the moon and Mars. But he also proposed using these same new "B-F-R's" for "city to city" travel right here on earth and for the same price as an economy plane ticket.

Passengers would take a large boat from a dock in New York City to a floating launchpad where they would board the same rocket used for travel to Mars by 2024.

But instead of heading off to another planet once they leave the Earth's atmosphere, the ship separates and breaks off toward another "in this world destination" like Shanghai in minutes.

Just 39 minutes and some 7,000 miles later, the ship re-enters the atmosphere and touches down on another floating pad, similar to the way SpaceX lands their Falcon 9 rockets at sea.

The ship would reach a speed of about 18,000 miles per hour at its peak which would be faster than any flight travel on Earth.

Musk hopes to begin construction on the new rocket within the next six to nine months.