The spacecraft -- designed, built and owned spacecraft by SpaceX -- was set to blast off in the afternoon for the International Space Station, ushering in a new era in commercial spaceflight and putting NASA back in the business of launching astronauts from U.S. soil for the first time in nearly a decade.

But thunderstorms for much of the day threatened to force a postponement, and the word finally came down that the atmosphere was so electrically charged that the spacecraft with NASA astronauts Doug Hurley and Bob Behnken aboard was in danger of getting hit by a bolt of lightning.

"No launch for today -- safety for our crew members @Astro--Doug and @AstroBehnken is our top priority," NASA Administrator Jim Bridenstine tweeted, using a lightning emoji.

The two men were scheduled to ride into orbit aboard the SpaceX's sleek, bullet-shaped Dragon capsule on top of a Falcon 9 rocket, taking off from the same launch pad used during the Apollo moon missions a half-century ago. B

Both President Donald Trump and Vice President Mike Pence had arrived to watch. 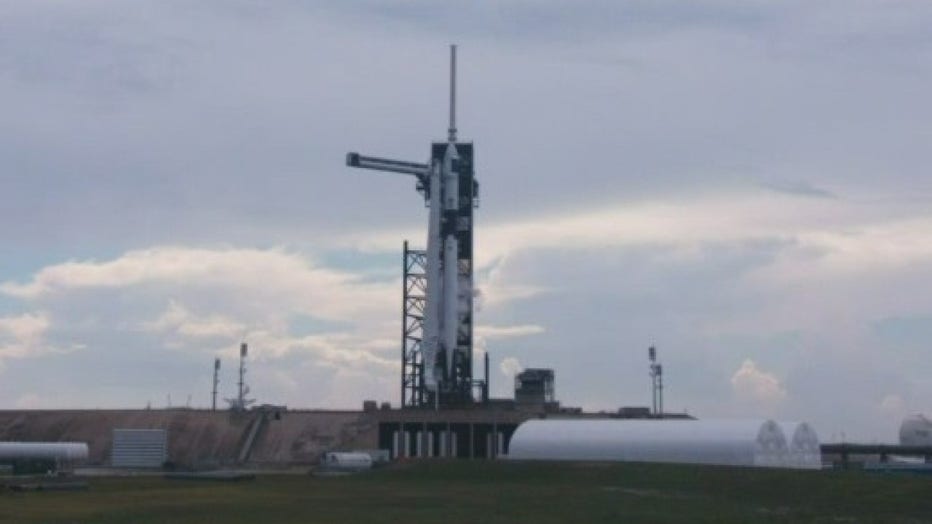 MORE NEWS: 2 US astronauts board SpaceX rocket for historic launch

Hurley and Behnken arrived at the launchpad just before 1:45 p.m. via a Tesla and in their spacesuits. They both gave a thumbs up after taking a look at the spacecraft that would be taking them into orbit. They are now in the Crew Dragon capsule awaiting liftoff. 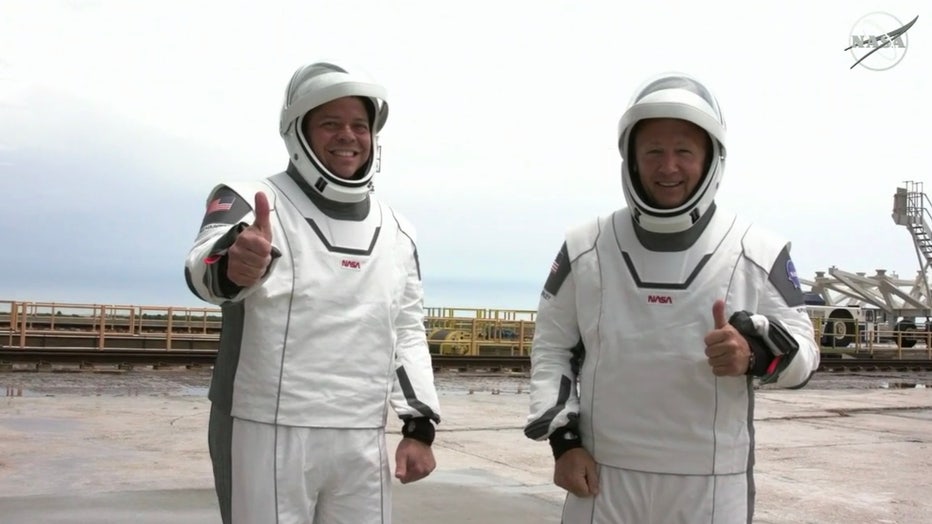 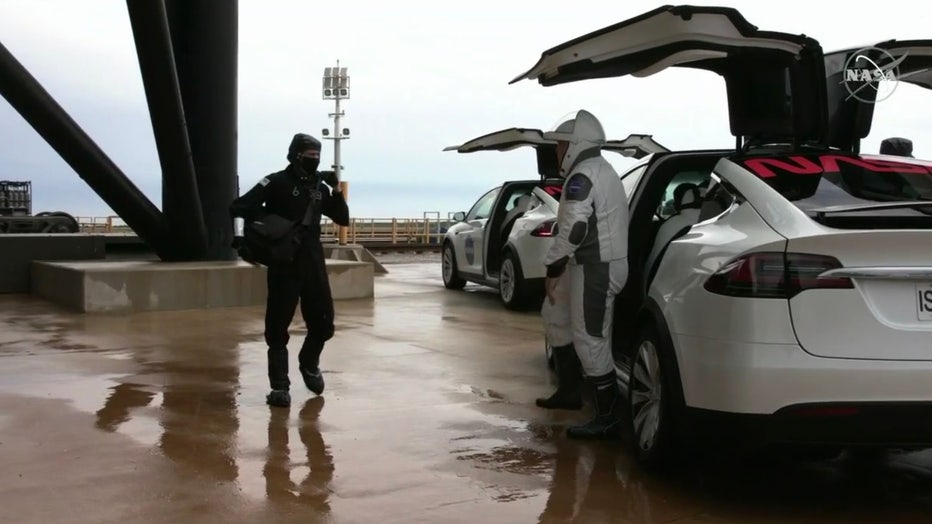 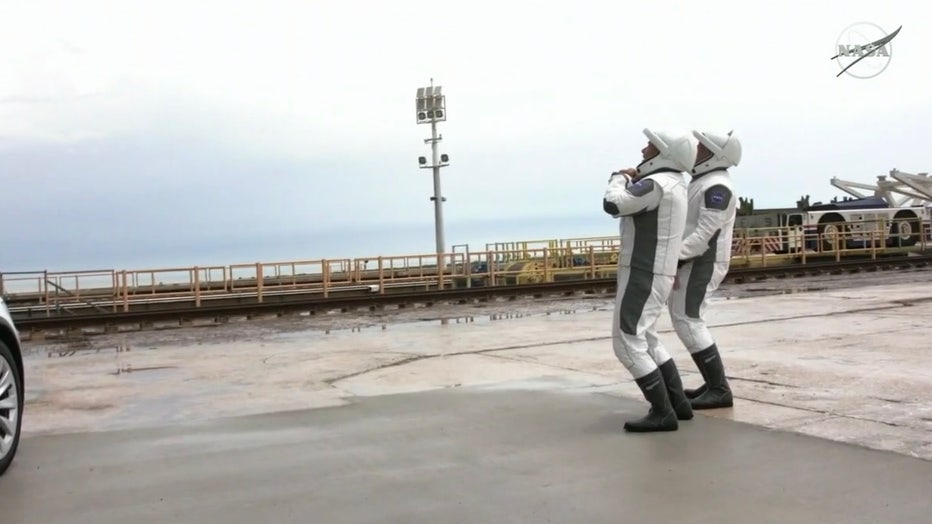 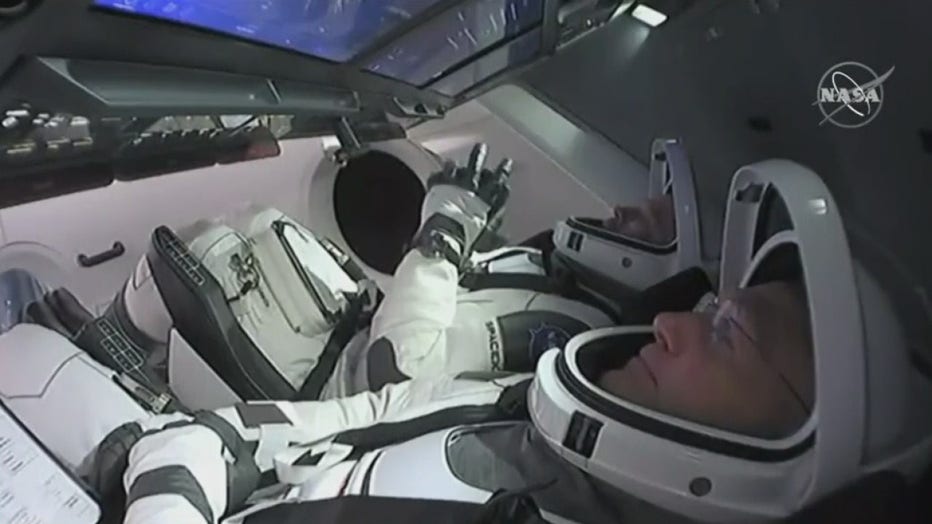 NASA says that they have both completed several in-space missions before and were among the first astronauts to begin training on SpaceX’s next-generation human space vehicle. 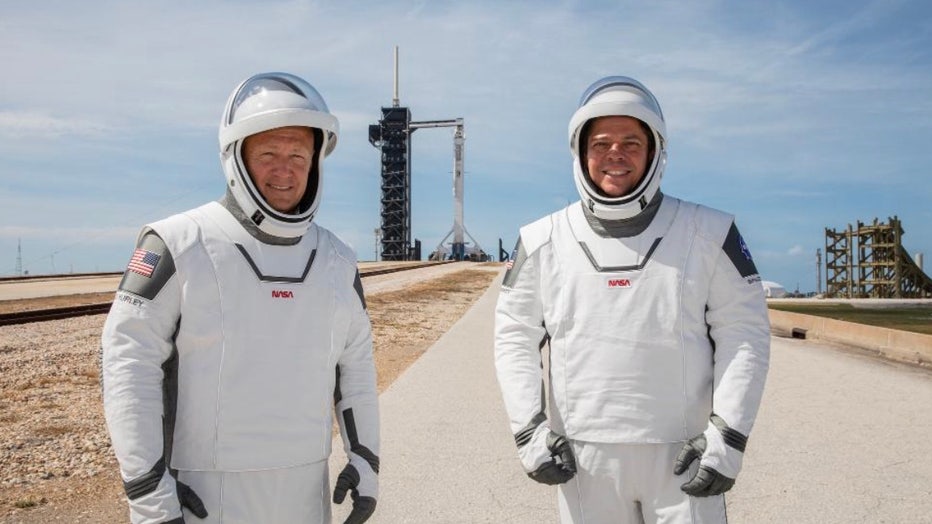 When the launch does happen, the company will send two astronauts into space from NASA's Kennedy Space Center. This is the first manned mission for SpaceX ever and the first launch from American soil since the retirement of the space shuttle program in 2011.

Astronauts Doug Hurley and Bob Behnken will ride SpaceX’s Crew Dragon spacecraft into orbit on top of a Falcon 9 rocket from launch pad 39A. The spacecraft will reportedly travel to the International Space Station for the Demo-2 mission, testing the Crew Dragon spacecraft systems for the first time in orbit before beginning their extended stay in space

The spacecraft is capable of staying in orbit for about 210 days but the specific duration of their mission has not been determined yet. NASA will make this decision based on the readiness of the next commercial crew launch.

If weather permits, SpaceX will send two astronauts into space on Wednesday afternoon. This will be the first manned mission for the company and the first one from American soil in nearly a decade.

The importance of Wednesday’s launch