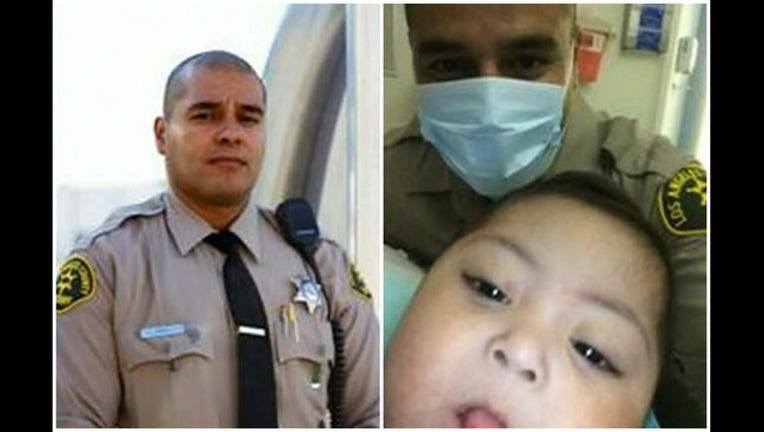 LOS ANGELES - A quick thinking deputy is being honored for saving a baby's life.

The Los Angeles County Sheriff's Department says a frantic woman pulled over to the side of Hacienda boulevard on November 16th and called 9-1-1 after realizing the seven month old baby in her car wasn't breathing.

Deputy Erik Nava got the call and rushed to the scene and immediately started performing CPR on the infant..

Paramedics then arrived a short time later and took the child to the hospital for observation.

Deputy Nava says he too has a baby and says he just acted on instinct to do all he could to save the child.