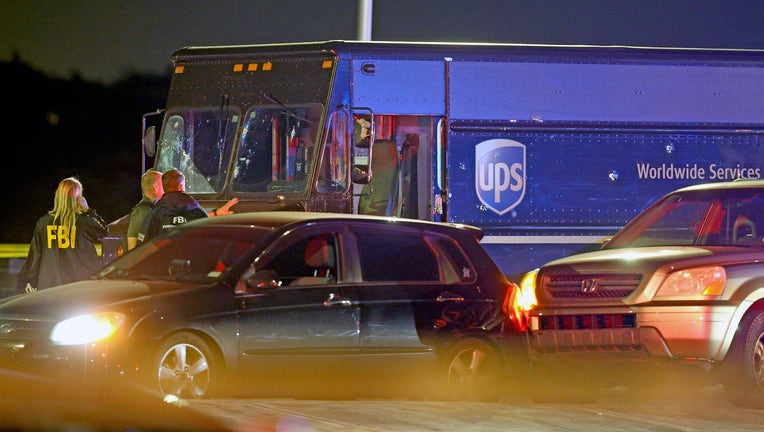 MIAMI, Fla. - The South Florida cops who fired weapons during Thursday’s wild deadly shootout with two stickup men who stole a UPS truck have been placed on administrative leave, according to reports.

Thirteen of the 19 police officers who engaged the armed robbers were from the Miami-Dade Police Department, WFOR-TV reported Friday.

Another six were from Miramar and Pembroke Pines, according to the Miami Herald.

All 19 have been relieved of patrol duty as the FBI investigates what happened and experts question whether police handled the situation in an appropriate manner, the paper reported Friday.

Local media helicopters captured the shootout in Miramar, which was shown on TV. 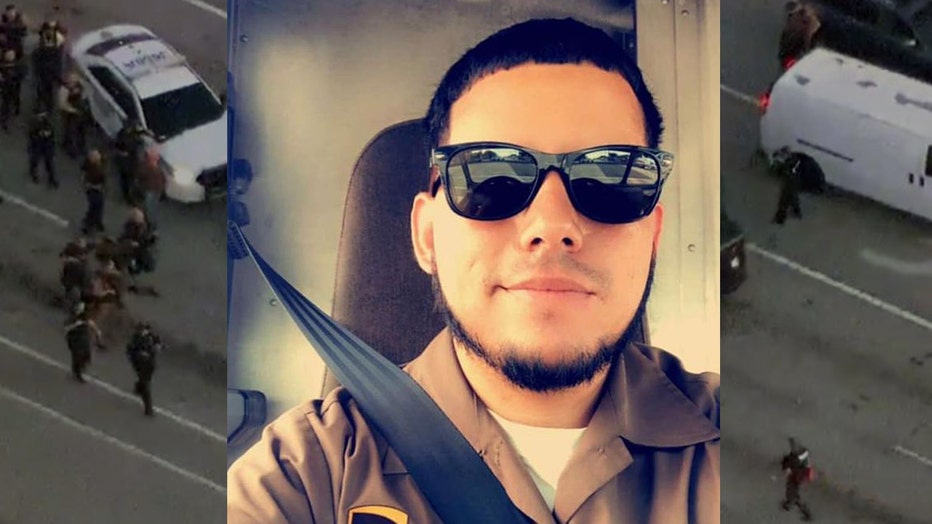 "It was like the Old West," the Miami Herald quoted Joe Merino, the stepfather on one of the victims, as saying. "I'm going to be the voice for my son. This is not going to be swept under the rug."

His stepson Frank Ordonez, a UPS driver, was killed in the shootout. Ex-cons Lamar Alexander and Ronnie Hill had hijacked his UPS truck and led police on a 30-mile chase to Miramar after robbing a jewelry store in Coral Gables around 4 p.m. Thursday.

Also killed in the shootout was Richard Cutshaw, 70, of Pembroke Pines, who authorities described as an innocent bystander. He was shot as he was sitting in his car.

Alexander and Hill, who both had lengthy rap sheets spent years behind bars, were the other two persons killed in the incident.

The Herald reported that FBI agents have offered little information about what happened. The agents have not said if police bullets killed Ordonez or exactly how Cutshaw was struck.

WFOR reported that Miami-Dade’s top cop Juan Perez held back tears as he said that what hurt the most was that two innocent lives were taken.

Perez also defended the actions of his officers, according to the station.

“From what we know, I don’t know of anything else that could’ve been done, right now,” he said. “At the end of this investigation, at the end of our debriefings and piecing this together and critiquing, which we do after any critical incident, we may find opportunities to improve on how we respond to situations.”