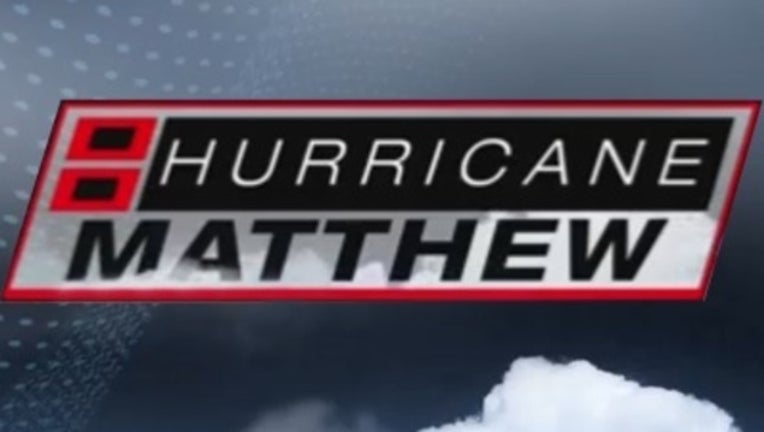 South Carolina Gov. Nikki Haley says she plans evacuation ahead of Hurricane Matthew to get 1 million people away from coast.

With Hurricane Matthew approaching, the South Carolina-Georgia football game is still on for Saturday night, even though Gov. Nikki Haley says she "can't imagine" the game being played as scheduled.

Several other games in the Palmetto State were affected with Football Championship Subdivision teams Charleston Southern and South Carolina State postponing their Saturday contests. Citadel, another FCS school, moved its game to the campus of Division II opponent North Greenville and will play Thursday night instead of Saturday.

But the biggest contest of the weekend is scheduled for Saturday night at Williams-Brice Stadium, where upward of 80,000 fans turn out to watch Southeastern Conference matchups.

South Carolina administrators said Tuesday they were consulting with the SEC, the National Weather Service and local authorities and would make a decision about the game later in the week.

Matthew is a Category 4 storm with winds up to 145 mph. It is on track to hit South Carolina and potentially disrupt the game at Williams-Brice Stadium.

The storm was about 1,000 miles from Charleston on Tuesday. But forecasters predict the hurricane will move near or along South Carolina's coast late Friday into early Saturday as a Category 2 storm.

Charleston Southern, located about 20 miles from the coast, canceled several sporting events the rest of the week, including its football game with Albany State. The school had pushed the game up to Thursday night before deciding to postpone it.

South Carolina State, an FCS school that's about an hour's drive from the coast, postponed its game Saturday against Bethune-Cookman.

Citadel shuffled its game to Tigerville, home of North Greenville some 230 miles northwest of the Bulldogs' home in Charleston.

South Carolina announced it has cancelled classes at its main campus for Wednesday and anticipated remaining closed Thursday and Friday.

If South Carolina's game is changed or delayed, it would be the second straight season that weather has altered the Gamecocks' football season. Last year's deadly flooding after a weekend of unprecedented rain led the university to move a home game with LSU to Baton Rouge, Louisiana, in part because many of the state troopers and safety officials necessary to hold a home football game were taking part in cleanup and recovery duties.

A similar situation might occur if Matthew hits South Carolina.

Haley said Tuesday that the ultimate call on whether to play the game would be made by the schools and the SEC.

"As of now, I can't imagine that happening, but certainly we're going to continue to watch this," she said. "I would love nothing more than to see this take a right-hand turn and go out to sea."

South Carolina coach Will Muschamp said he's not involved in planning for the storm because he's too busy looking into how to slow down Georgia's offense.

"Our administration is handling all of that through the SEC office," he said. "All of my energy is game planning for the game. Whatever happens happens. I'm not the least bit worried about it."

No. 3 Clemson is on the road this week, playing Friday night at Boston College. The Tigers are scheduled to leave Thursday and should miss any potentially bad weather.

The only other FCS game scheduled for Saturday in the Palmetto State was Furman hosting Samford in Greenville, far from the coastal areas where the storm's heaviest impacts are expected.