Daytona Beach police arrested a man accused of attacking a group of women in the tourist area Monday morning. Dylan Burst said he was on his way to work around 8:30 a.m. when he saw two women run onto the median on A1A near Main Street.

Dylan Burst said he was on his way to work around 8:30 a.m. when he saw two women run onto the median of State Road A1A near Main Street.

He told FOX 35 News a man was chasing the two women with a brick.

"And once he got right on top of them he raised his hands above his head and slammed the brick on top of the women," he said.

The police report said the suspect had approached the women near a bus stop and spit at them, before picking up the brick and chasing them.

Investigators were told by witnesses the man hit one of the women in the shin with the brick and kicked them while trying to steal their purse. 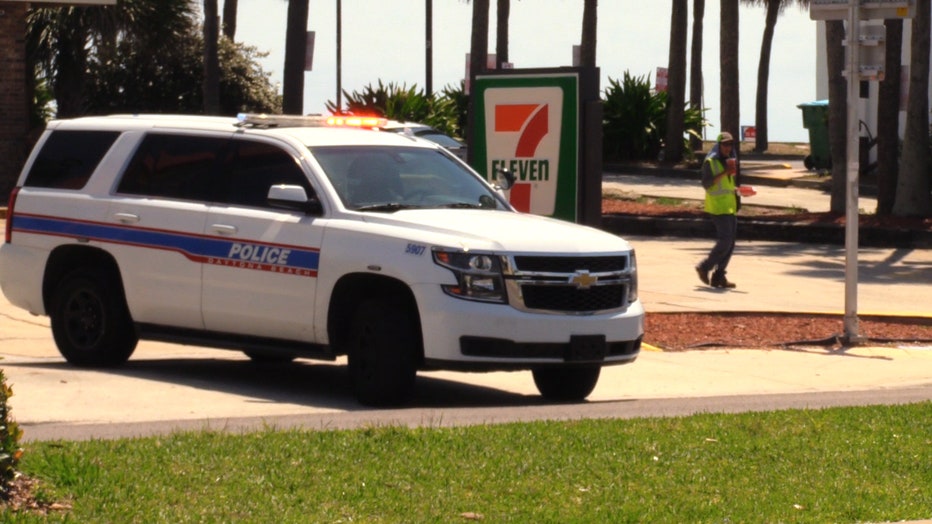 Burst took the women to a safe location a few blocks down and called 911.

"I need police right now," he is heard telling a 911 dispatcher.

Daytona Beach police arrived and arrested the suspect who they say is 24-year-old Malik Irving. He was charged with aggravated battery, assault, and robbery.

"The guy did not care at all. He was totally on another level," said Burst.