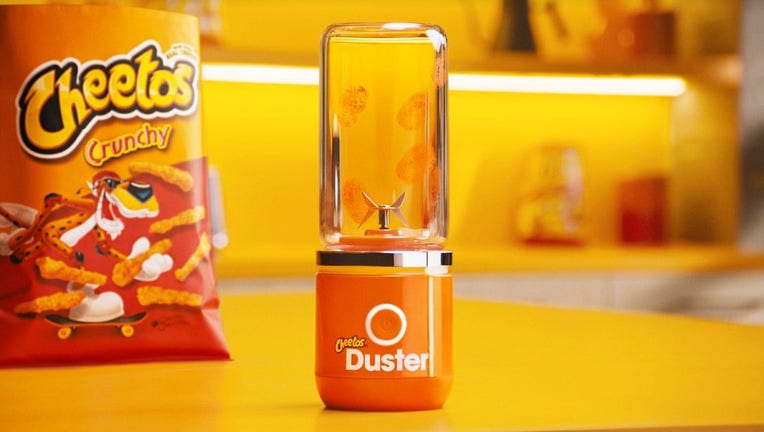 The Cheetos Duster — one of the many innovative, if not gimmicky, holiday gifts— has quickly sold out, leaving consumers to find other ways to spice up their recipes with the popular snack.

The duster grinds up Cheetos into a powder — sometimes called Cheetle — so they could be sprinkled on some of your favorite foods such as doughnuts, chicken, hotdogs, and Poutine.

But all is not lost.

Though the item is all gone, fans can still visit CheetosDuster.com to be notified when the inventory stock is replenished.

"The Cheetos Duster is the kitchen gadget Cheetos fans never knew they needed and marks the brand’s entrance into the kitchenware and cooking innovation space," the company said in a statement to FOX Television Stations.

A look at one of the recipes you can make with the Cheetos Duster. (Credit: Ketchum)

Cheetos has been known for its attempt to revolutionize menus across the country with its creations.

Burger King once had "Flamin Hot Mac n' Cheetos." The snack is a combination of creamy mac n’ cheese coated with the flavor of crunchy Flamin’ Hot Cheetos cheese snacks.

There was also a Cheetos-inspired pop-up restaurant in New York in 2017.

In 2020, Cheetos announced it was releasing its own flavors of mac and cheese: Bold & Cheesy, Flamin’ Hot and Cheesy Jalapeño, according to the announcement.

FOX Business contributed to this report. This story was reported from Los Angeles.