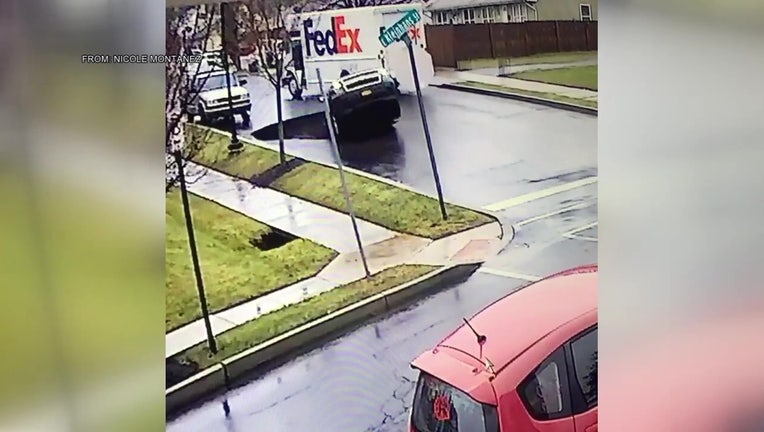 PENNSYLVANIA - Home surveillance video captured the moment a large SUV is swallowed up by a sinkhole in Pennsylvania.

Baudilio Ramirez, 15, said he couldn’t believe it happened just feet from his front door. “I was actually there,” Ramirez explained. “I saw it happen, so when the FedEx truck drove by and the Suburban drove past it, that’s when I heard a loud crashing noise and it just fell in the hole.”

The teen said he is thankful it wasn’t his mother who drives that way all the time.

“She was on her way home, so I’m glad it wasn’t her because if she got home just like ten minutes afterward…that could have been anyone it happened to.”
A FedEx driver stopped as the SUV was sucked into the street. The driver of the SUV was able to crawl out of a window and rushed to the other side to help a passenger escape.

Luis Maguino lives a block away and he said he drives down the street every day.

“We go biking too, all the time with my daughter, these roads around here, “Maguino said. “So scary. You don’t know what else could happen around here, you know.”