Human smuggling involves people crossing the border illegally and paying cash to be taken to a final destination. Transnational criminal organizations are highly organized, transporting undocumented migrants across the border and driving groups to destinations throughout the country illegally.

"We've seen an uptick," said FHP Sgt. Steve Gaskins with Troop C Public Affairs Officer. "I can definitely say here's an uptick in these kind of cases where there's a lot of movement coming across."

Troop C spans seven counties and patrols 100 miles of I-75, an active and major corridor throughout the state.

"Have done an outstanding job of spotting these type of vehicles, conducting traffic stops, and working hand-in-hand with the Border Patrol as well to locate and detain the undocumented aliens that are paying someone to transport them along," Gaskins said.

Over the last six months, Troopers have arrested 15 people for smuggling and helped detain about 65 undocumented migrants. In many of the cases, the drivers are found with large amounts of money, and the people coming from Mexico and Central America admit to handing over hundreds in fees for the arrangement. 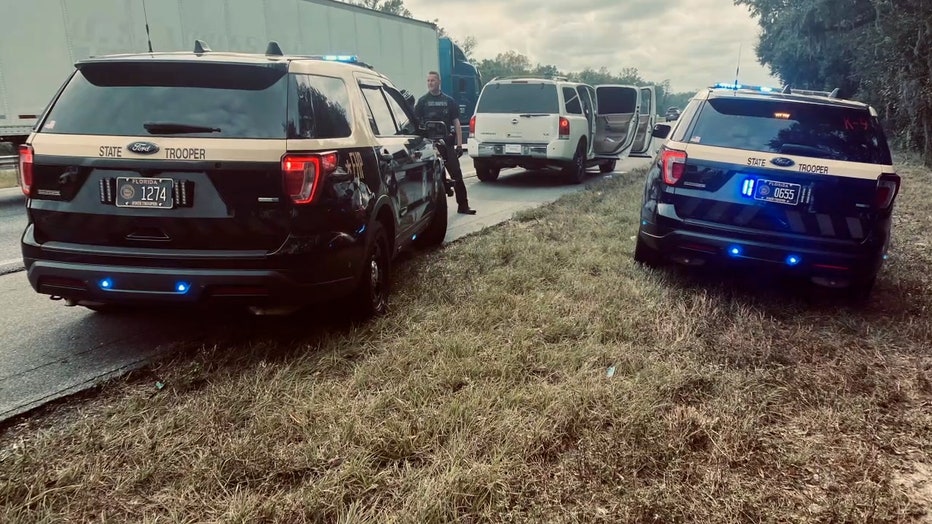 "$200, $300, $400 times, however, many people are in the car. So, yeah, you can make some money off of it, but it’s illegal," said Gaskins. "Those people, the people that are taking the money and doing the driving, they’re going to jail for the human smuggling charges."

MORE: Fla. governor warns migrants bused from Texas to DC: 'Do not come to Florida. Life will not be easy for you'

The most recent arrest on local roadways happened last Thursday. Troopers said a van was loaded with 20 adults, all picked up in Texas and heading to the Orlando area.

"The undocumented aliens that we recover get turned over to the Border Patrol," Gaskins said.  "And many of them actually, we found that this is not the first time being located in the country."

Human smuggling is not the same as human trafficking. Traffickers use force, fraud, or coercion to get someone to sell sex or work in exploitive conditions. Human smuggling is the business of transporting illegal aliens from one place to another, and those people are paying to make the journey.