FORT LAUDERDALE, Fla. - Two people have died and two more have been hospitalized after someone opened fire on a Broward County Public Transit Bus in Fort Lauderdale, according to public officials and reporting from WSVN News7.

According to WSVN, a police officer heard the gunfire and came to the parking lot, where police say the gunman surrendered.

It's unclear what prompted the shooting. 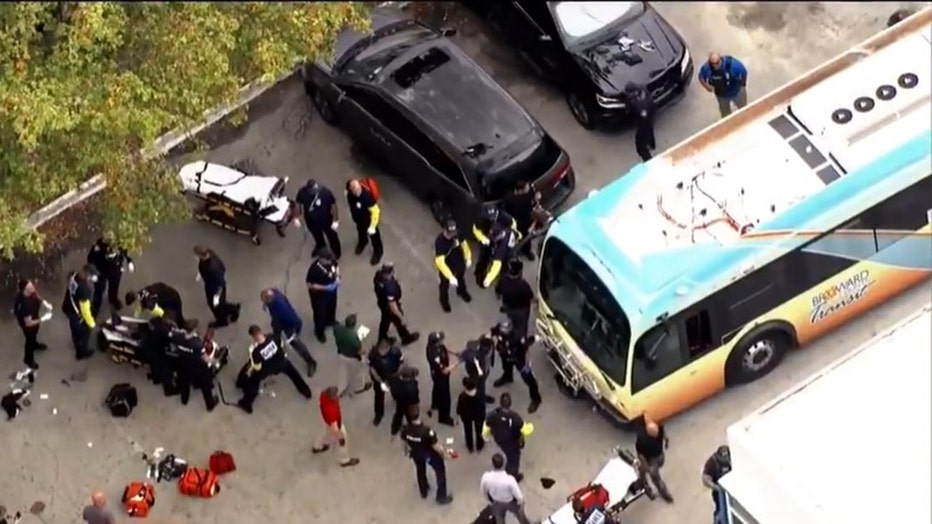 Officials said the bus driver was not hurt.

One shooting victim died on the scene. Another died at the hospital.

The three people injured in the nearby crash were treated at the scene, police said.