Dump truck with bed in the air strikes bridge

A truck driver escaped without injury on Thursday, May 21 after the dump truck he was driving struck a bridge near Milwaukee Mitchell International Airport.

MILWAUKEE - A truck driver escaped without injury on Thursday, May 21 after the dump truck he was driving struck a bridge near Milwaukee Mitchell International Airport. The reason? The bed of his dump truck was up in the air. The entire episode was caught on camera.

Like a metal ball being shot out of a cannon, the sound of the dump truck colliding with the bridge was powerful.

"I thought he's probably going to hit the switch and lower it. I looked again and I could see the bed was up and the truck was coming," said Jim Witkowski, who captured video of this incident with his cellphone. 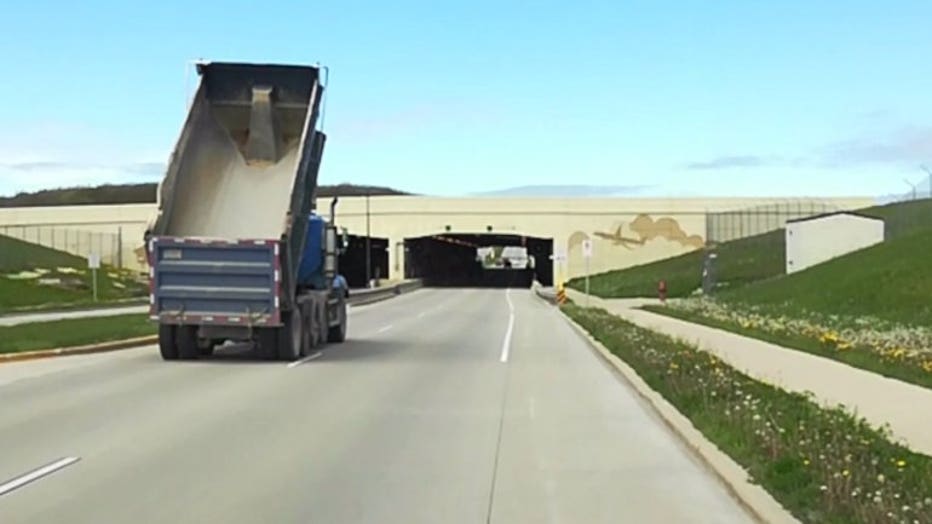 Witkowski said he tried to pull ahead of the truck as it was headed westbound -- to alert the driver. But the truck was moving too fast and the bridge was fast approaching.

"So all I did was grab my cellphone, hit video, and two seconds later, you can see in the video that truck went by me and then, BAM right into the tunnel," Witkowski said.

Pictures taken moments later show more of the damage.
"So I pulled up in my truck right away into the tunnel -- and I looked and there was no truck. And I was like, where's the truck?!" Witkowski said.

The dump truck's bed could be seen lodged into the tunnel's mouth -- broken pipes and concrete fractured around it. But the truck's cab... 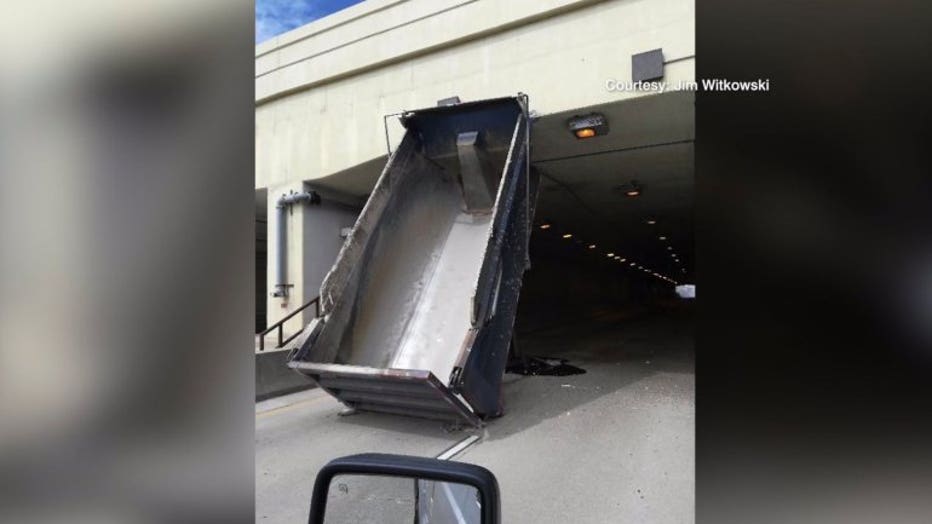 Witkowski went to check on the driver.

"He did say that he was sure that the bed was down, that he always puts it down. Well I knew it wasn`t down so all I said to him was, 'No, the bed was not down -- it was up!" Witkowski said. 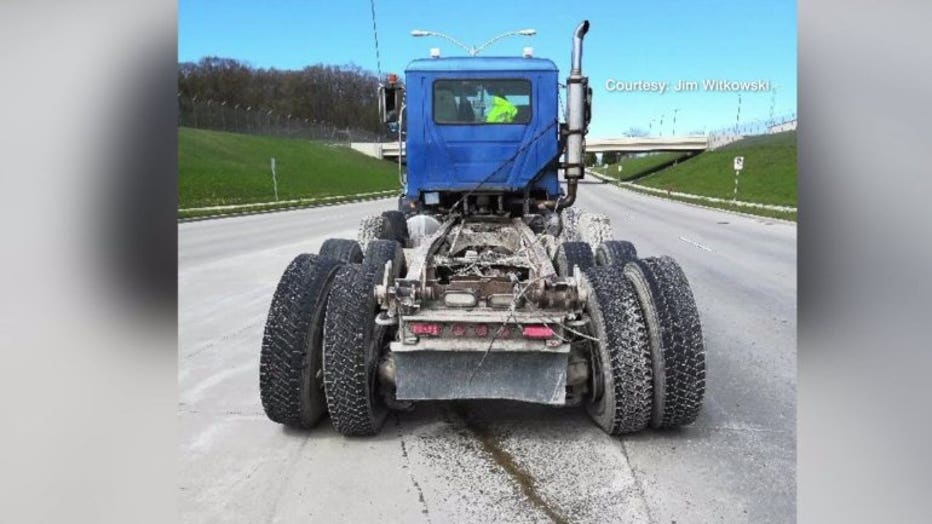 Witkowski told FOX6 News the truck driver told him he was OK -- and thankfully, nobody else was hurt.

Not long after the dump truck struck the tunnel, the damage was cleared -- and the truck was towed away.