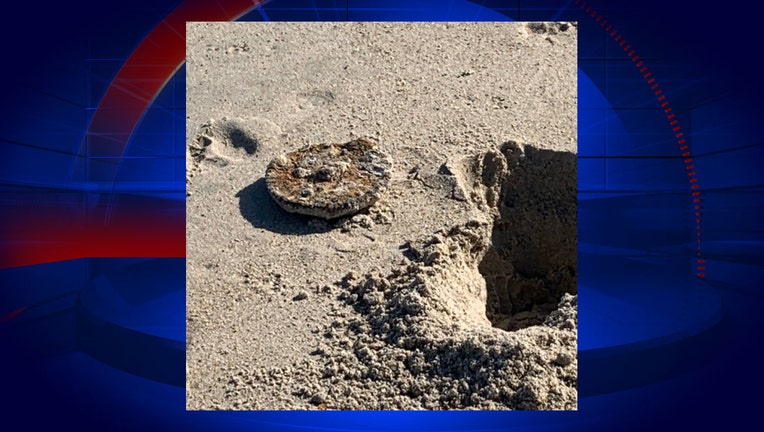 LAKE MARY, Fla. - The Indian River Sheriff's Office on Tuesday responded to a call about the discovery of a land mine located in Vero Beach.

The Sheriff's Office says a treasure hunter's metal detector picked up on an object on the beach in the area of 640 Reef Road off of State Road A1A.

Jeff Emlet told the Treasure Coast Newspapers he thought it might be a historic relic such as a cannonball but he soon learned he was digging up a land mine with his bare hands.

The Sheriff's Office notified Patrick Air Force Base bomb experts who removed the object after fire officials determined that it was a land mine.