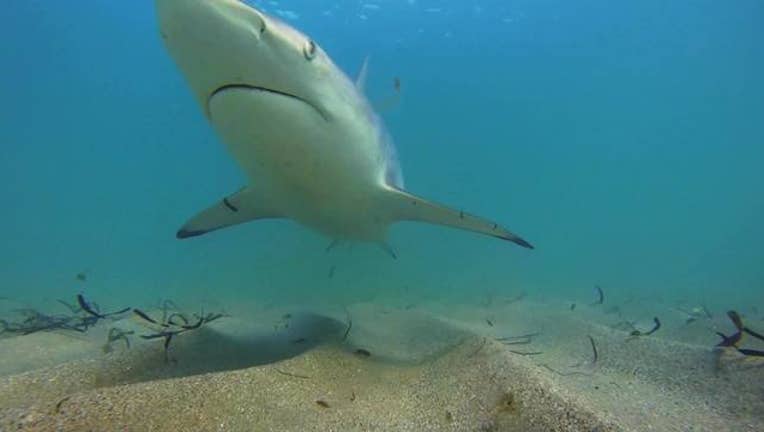 TALLAHASSEE, Fla. (NSF) - Shore-based shark fishing, which attracts sharks already near land to feed in areas that often have low visibility, is increasing in conflict with where people swim and surf.

And now, amid calls to restrict or ban shark fishing from beaches, piers and bridges, the Florida Fish and Wildlife Conservation Commission on Wednesday directed staff members to craft new rules.

Commissioner Michael Sole, a former secretary of the Florida Department of Environmental Protection, said a specific permit for land-based shark-fishing should be part of any rule changes, with requirements clearly outlined on how to apply for licenses and when and how the fishing can take place.

“Candidly, I think the evidence in front of us and the information conveyed is compelling enough that it is a resource we need to go forward with,” Sole said during a commission meeting in Broward County.

“I do see ambiguity with the (existing) rules as it relates to, and I call it catch and release, in making sure we’re protecting these species,” Sole added.

Don’t expect any changes to be quickly implemented, as new rule-making requires workshops and public input.

Fish and Wildlife Conservation Commission staff noted that shore-based shark fishing has become more popular in recent years. While it has not impacted shark populations, which the state has worked to rebuild and maintain, people fishing for sharks from land have created “anxiety” among beach-goers.

Marine Fisheries Management Director Jessica McCawley, told the commission “there is no credible evidence that fishing increases the likelihood of a shark bite occurring in nearby waters.”

“Although this is a traditional fishery in Florida, social media has drawn more attention to the activity in recent years,” McCawley said. “This has also exacerbated conflicts between user groups. Despite the appearance on social media that this fishery is growing, it is unclear how much of the growth is actually increased participation as opposed to perceived growth due to increased media attention.”

The FWC said the state has about 25 shark bites a year in Florida waters, and about 1 percent of bites are fatal.

“Despite shark bites being relatively rare, with less than 25 a year, increasing media attention makes them appear a lot more common,” McCawley added.

The agency said in its presentation that anglers have expressed concern that imposing further restrictions could eliminate the activity.

However, noticeably absent from a string of local officials, fishing guides, divers and beachgoers appearing before the commission were supporters of land-based fishing.

Simmons said “chumming” for sharks should be prohibited within 600 yards of shore and for the state to designate shark fishing outside of public beach areas.

“I’ve lived fished, surfed and swam on Florida’s beaches my entire life, and I know sharks are always near the shore, that there’s always the risk of an incidental shark bite,” Simmons said. “But shark fishing and blood baiting are specifically intended to attract sharks to a specific area and to provoke feeding in a low visibility surf zone.”

Martin County resident Jessica Veatch recalled the backlash she received on social media after saying that fishing near shore caused a shark to bite her then-3-year-old daughter, Violet, at Bathtub Beach last year.

“Those comments struck me to the bone,” Veatch said. “I didn’t know how fishing at the beach that day would put my child in danger.”

The state prohibits harvesting 26 species of sharks. Abernethy said events are held such as the annual “Big Hammer Challenge Catch and Release Shark Tournament” in South Florida, even though state wildlife officials acknowledge that hammerhead sharks, on the prohibited harvesting list, are known to have a reduced chance of survival after catch and release.

McCawley said the agency has worked to resolve conflicts and to encourage ethical angling practices by shore-based shark tournament directors.