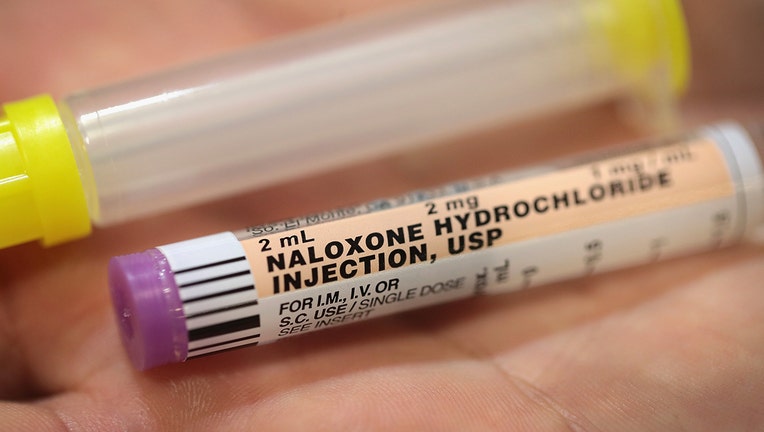 ROCKFORD, IL - JULY 14: A Rockford firefighter displays a dose of Naloxone which the department carries on their ambulances to treat opioid drug overdoses on July 14, 2017 in Rockford, Illinois. Rockford, a city of about 150,000 located in northern I

TALLAHASSEE, Fla. - Schools could soon stock up on naloxone -- an antidote for people who overdose on opioids, such as heroin -- under a proposal unanimously approved by the Senate Education Committee on Tuesday.

Sen. Jason Pizzo, D-North Miami Beach, said he decided to sponsor the proposal to allow school officials to purchase and administer the life-saving drug after learning the police force serving the Miami-Dade school district did not carry naloxone.

“While stats and numbers are hard to come by, we know that we are in the double digits (of potential overdoses) in Miami-Dade County alone,” Pizzo said.

Under the bill, schools would be allowed to enter into an agreement with a wholesale distributor or manufacturer to ensure they are getting naloxone at a fair price. During Tuesday’s committee meeting, Pizzo said he is aware of a number of vendors willing to donate naloxone to schools.

“I will tell you in a non-partisan, macro, fashion, there’s been no shortage of interest from just about every supplier coming forward willing, and falling over themselves, to try to provide it to the schools at no cost,” Pizzo said.

The proposal (SB 120) would require school officials to keep the drug in secure locations on school campuses. Before being allowed to administer the drug, school employees would have to be trained to recognize an opioid overdose and follow a protocol developed by a physician.

Sen. Bill Montford, a Tallahassee Democrat who is the CEO of the Florida Association of District School Superintendents, said he wants to work with Pizzo to make sure schools are prepared to administer naloxone in an event a student has an opioid overdose. Pizzo’s bill has two more committee stops in the Senate. Rep. Joe Geller, D-Aventura, has filed an identical bill (HB 331) in the House.